Season-Best Qualifying For Malukas In Toronto 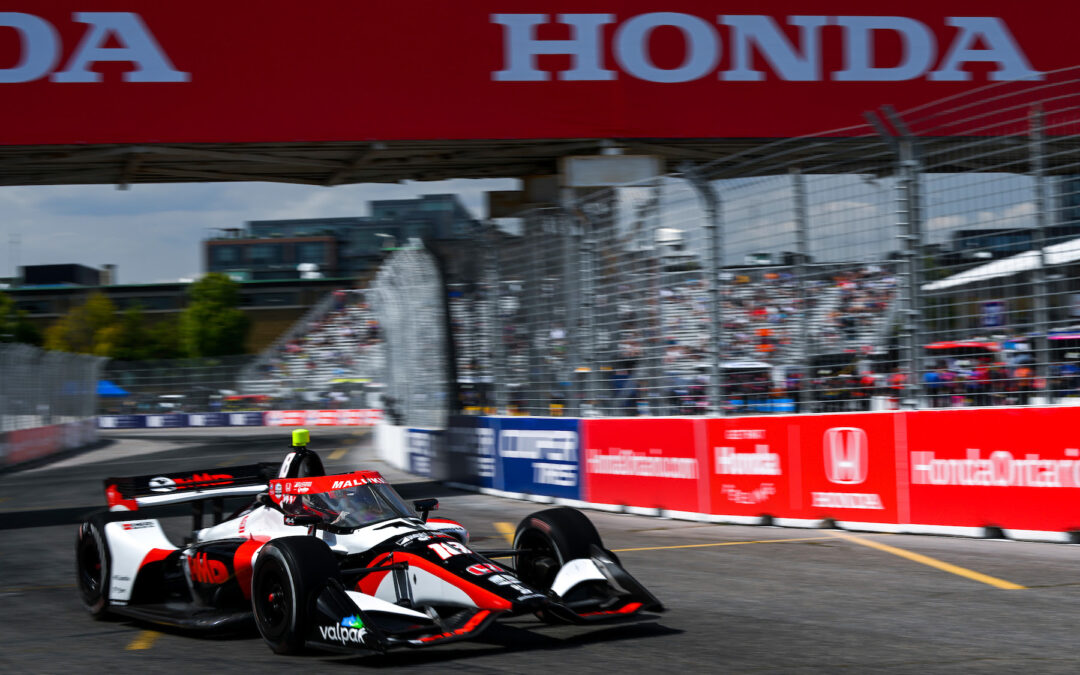 The American will start the race from fifth place on the grid having made it into the Firestone Fast Six for the first time in his career.

Malukas set the fifth fastest time of 59.6140s and speaking following the action he commented saying:

“We made it into the Fast 6 today. What an incredible job from the team. From the start in Segment 1 all the way to the start of Segment 3 in the Firestone Fast 6, the team made the right decisions with the car, the tires and everything. I think we used the wrong set of tires for the last run that might have cost us a position a two, but overall to make it into the Fast 6 I’m more than happy. I see my name against these veterans so it’s very cool for me. What a great job from the team.”

Takuma Sato in the No.51 Deloitte Nurtec AWS Honda bounced back from a practice accident to qualify in P19 and speaking following the action he commented saying:

“Our qualifying was not the day we wanted, to be honest. I had a little accident at the end of the practice session this morning and with the practice having been delayed due to wall repairs from a support series incident, there wasn’t a lot of time between practice and qualifying. The 51 boys did a great job to fix up the car but we didn’t have enough time to do a complete set up on the pad so we didn’t know if the car was square, but obviously they did a great job. We only missed the next round by a few tenths, which is essential here. It’s a pity we didn’t do well today but congratulations to David (Malukas), he had a fantastic day. At least our sister car is doing really well so we should be able to find some speed for tomorrow’s warmup and have a very strong race. I’m very happy to have the Deloitte car this weekend. It’s a shame for the qualifying but we will have a strong day tomorrow.”