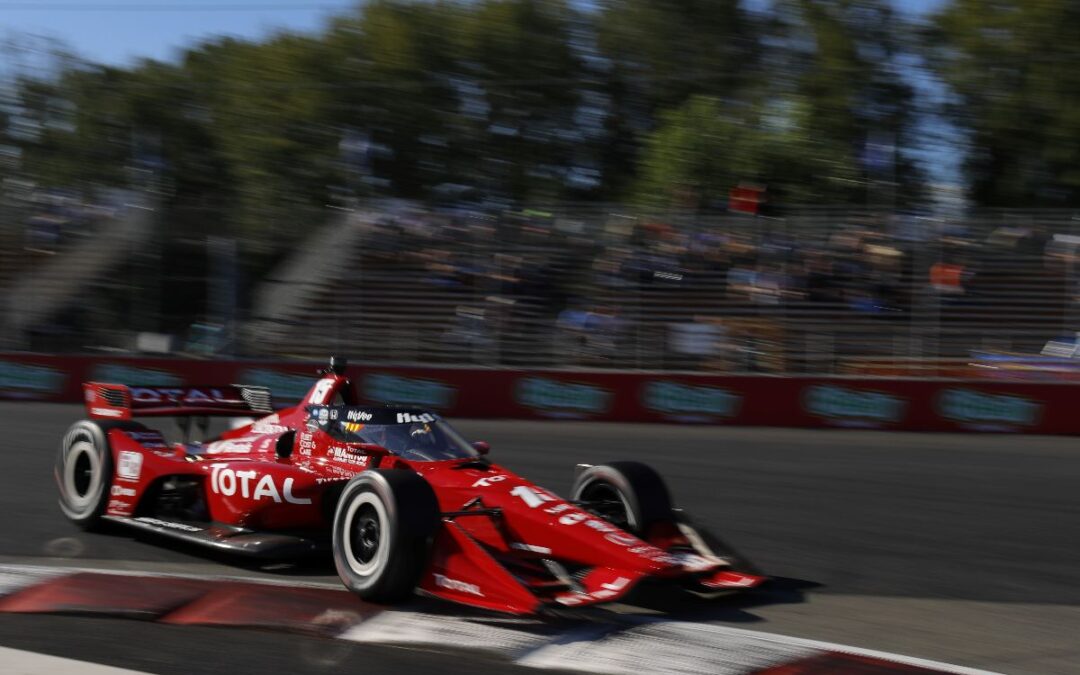 Rahal Letterman Lanigan Racing’s Graham Rahal in the No.15 Total Quartz Honda in what is step back in time retro livery like his father Bobby Rahal’s famous Budweiser livery scored his best qualifying result of the season to date on Saturday as he will start Sunday’s Portland Grand Prix from fifth place on the grid with a time of 59.0067s and speaking following the action he said:

Qualifying is complete here in Portland and the Total Quartz machine is going to start right up towards the front in row three. We’re going to start fifth, which is our best qualifying of the year. I’m proud of the team, proud of the boys. We made some good changes here today and definitely got the car honed in a little better. I thought we had made strides. I said at the Indy road course that we found some good stuff and I think that’s what is showing this weekend. We’ve still got to find a little bit more certainly, but I expect our race cars to be good. We will hopefully be good on tires and hopefully be able to go to the front. It’s great to be out here; this is a beautiful area to go racing. I’ve had a couple of bad starts here, certainly on me, but hopefully we can avoid that tomorrow and go race and have a really solid day. It’s going to be a long day. It’s pretty much a three stopper no matter what you do strategy wise. Its going to be all out so we will see what we can do.”

Oliver Askew starts his first race with Rahal Letterman Lanigan Racing from ninth place in the No.45 HyVee Honda with a time of 00:59.0837s and speaking following the action he said:

We are P9 with the 45 Hy-Vee car and I’m really happy with that. I think to be top-10 in INDYCAR right now in qualifying is a solid effort. So, we’ll focus on the race trim now. We have a session this afternoon to kind of decide what the tire strategy is going to be tomorrow. I’m really happy for Graham as well. It looks like he’s getting ready to go here in the Fast Six. I think top-10 qualifying right now with how competitive it is, is really solid so I’m happy with that. A big thanks to everyone at RLL and Hy-Vee, and everyone on the 45 car.”

Takuma Sato had to change an engine in his No.30 MiJack Panasonic Honda and as a result starts the race from 25th place and speaking following the action he said:

“It was a tough day. For the first practice session – and only practice session before qualifying, we installed a new engine, and it seems like we had an issue. So basically, I had no timed lap in practice and then we had to change the engine so that was a really difficult situation because here in Portland, the field is very competitive, and tenths make a big difference. Now you have to go qualify with a complete unknown and a lot of challenging fast turns. We did try our best, but we didn’t make it through the first segment, but we were close — only two tenths down from the top which was quite encouraging. The car seems to be competitive. At least we have one more practice session before the race so at least we can catch them up and, hopefully (have a race) like in 2018 where we had a very good race from the back of the grid. Even though I have a penalty for an engine change, I think Sunday will be very exciting. We will try our best