Season-Best Result For Ilott And Juncos Hollinger Racing At Indy 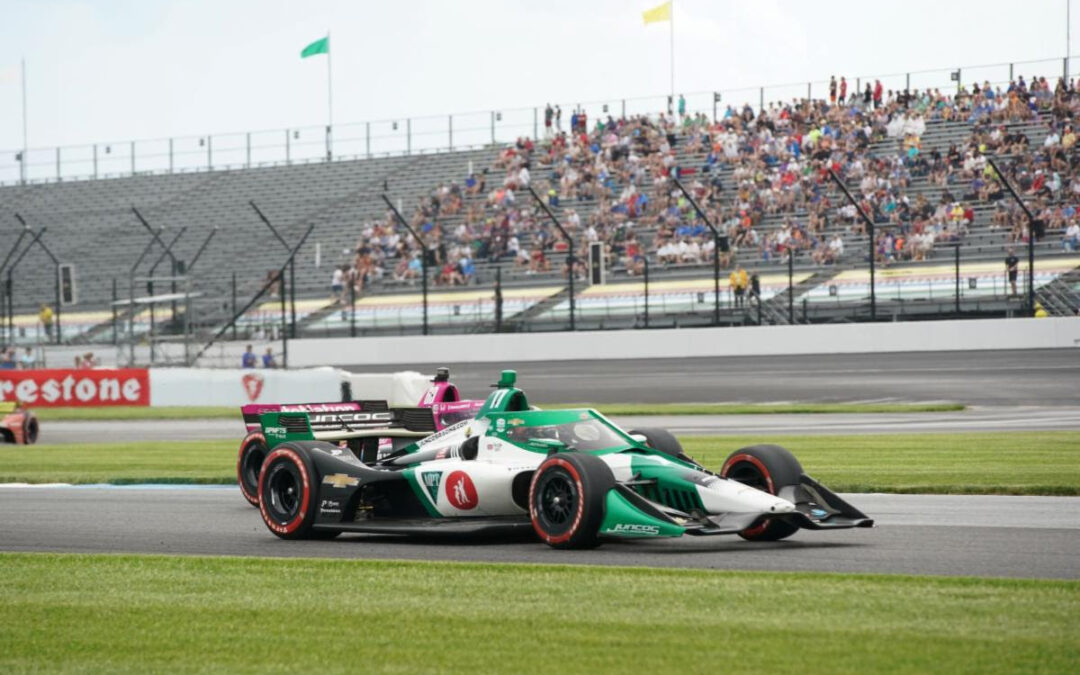 Juncos Hollinger Racing’s Callum Ilott in the No.77 Dynamic Edge Chevrolet had his best result of the season as he finished the crazy GMR Grand Prix of Indianapolis on the Indianapolis Motor Speedway road course on Saturday as he started the rain-affected event from seventh place on the grid and came through the chaos to finish the race in the top-ten in eighth place.

The Englishman had a great weekend having qualified in seventh place while in the race-day warm-up he ended the session in second place. and speaking following the race he commented saying:

“It’s our best finish so far this year. “It was a bit of an up-and-down race. We had to find our feet a little bit at the beginning. I managed to start making way through and had some good running in the mixed conditions. We were kind of a bit late on one of the calls to box for wets. We dropped a couple of places but managed to make a couple back. I couldn’t see anything at the end. It was more about survival and hanging on at that point. There was so much water and spray everywhere. For the team, for Juncos Hollinger, Chevy and our single-car team, a top-eight result is a big reward in this race. What an amazing result. Let’s try and get some more.”

“This was an incredible and wild day on track. “Callum and the team did an amazing job during every session the past two days. We have really come together, and we have continued to build off the momentum we gain each time on track. After such an eventful race, it is truly amazing to walk away with a eighth-place finish. We have had great success running in the Road to Indy, so to see us here running with the leaders in the NTT INDYCAR SERIES is absolutely amazing.”

“I am extremely proud of everyone at JHR and Callum for what we were able to show and accomplish at the Indianapolis Motor Speedway. “We have continued to build off such a great momentum each time on track, which is remarkable for such a small team in such a short time. I cannot thank everyone enough for all of their hard work and effort they put into each day to make us better as a team. We were thrilled to again partner with Racing for Children’s and give them a great race to be a part of.”