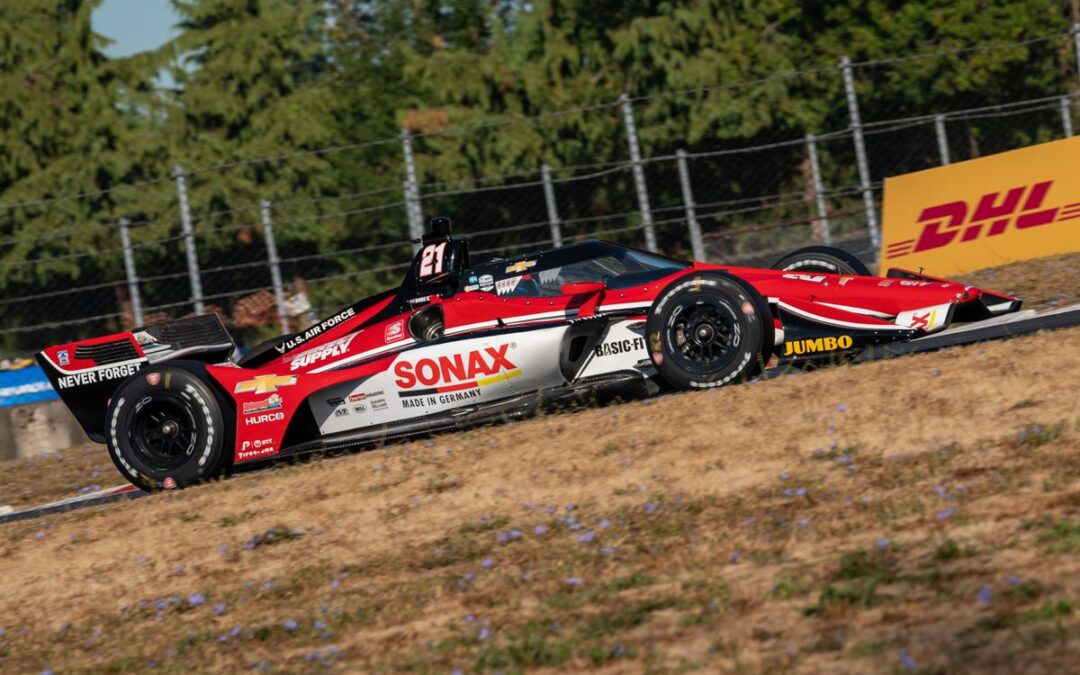 Arrow McLaren SP’s Felix Rosenqvist was the highest placed Chevrolet-powered driver in qualifying fourth for Sunday’s Portland Grand Prix. Speaking following the race he and a number of other Chevrolet drivers said:

FELIX ROSENQVIST, NO. 7 ARROW MCLAREN SP CHEVROLET, QUALIFIED 4TH:
“It’s been a good day. The car felt good all day. Every session it felt like it was solid top-five which is where you want to be. We didn’t have quite the car to win the pole in the Firestone Fast Six. When you make the Fast Six, you always want to go for pole. But overall it is satisfying to have good qualifying. To be up there to help Pato’s situation in the championship to race hard against those other guys. So happy with where we are so far!”
PATO O’WARD, NO. 5 ARROW MCLAREN SP CHEVROLET, QUALIFIED 7TH:
ON HIS QUALIFIFYING:
Honestly, its not too bad. Our pace on reds was horrendous. We made significant steps forward in Q2. But it wasn’t enough to have us go to the Firestone Fast Six. We can do a lot from here honestly. We are starting inside of row four. We need to make it clean through turn one, and then run our race with the strategy. We will work on the race car in warm-up. It is what it is I guess. We need to pass the other contenders contenders in front of us.”
JOSEF NEWGARDEN, NO. 2 HITACHI TEAM PENSKE CHEVROLET – QUALIFIED 18TH:
ON HIS QUALIFYING EFFORT
“We just didn’t have any pace. It wasn’t a bad lap, it just wasn’t fast. So, I don’t know. I’m not sure. We’ve got a lot of fights, so we’ll fight back. I was really happy this morning, so I’m not quite sure why we didn’t have the speed there, we just didn’t. We’ll just have to figure it out. We’ll get together as a team and try and make the most of it and we’ll battle tomorrow, for sure.”
YOU HAD TO BACK OFF TO FIND ANOTHER GAP AFTER YOUR FIRST FAST LAP ON THE REDS. DID THAT IMPACT ANYTHING?
“It wasn’t ideal, but I don’t think that’s the reason. I think I was within a tenth or a tenth and a half of what I could do. So, we just didn’t have speed for some reason. It’s definitely odd.”
Conor Daly in the No.20 U/S Air Force Ed Carpenter Racing Chevrolet starts the race from 16th place and speaking following the action he said:

We were just trying to nail the perfect lap. I tried to carry a hair too much speed and got a bit too much curb on the last corner. It’s a shame, I made a mistake. The team gave me a great car, which was awesome. We are still not in a terrible spot, we have [Will] Power and [Josef] Newgarden around us and they are obviously trustworthy human beings! The goal now is to make the U.S. Air Force proud on this very important weekend.

Rinus VeeKay in the No.21 Sonax Chevrolet who celebrated his 21st birthday on Saturday starts the race from 25th place and speaking following the action he said:

I was happy with how the car felt in qualifying. I was actually confused as to why we were so far down the order! I asked the team for a certain feeling in the car and got exactly what I wanted. It was weird, but it is so close and competitive. We can battle our way forward, many things can happen here