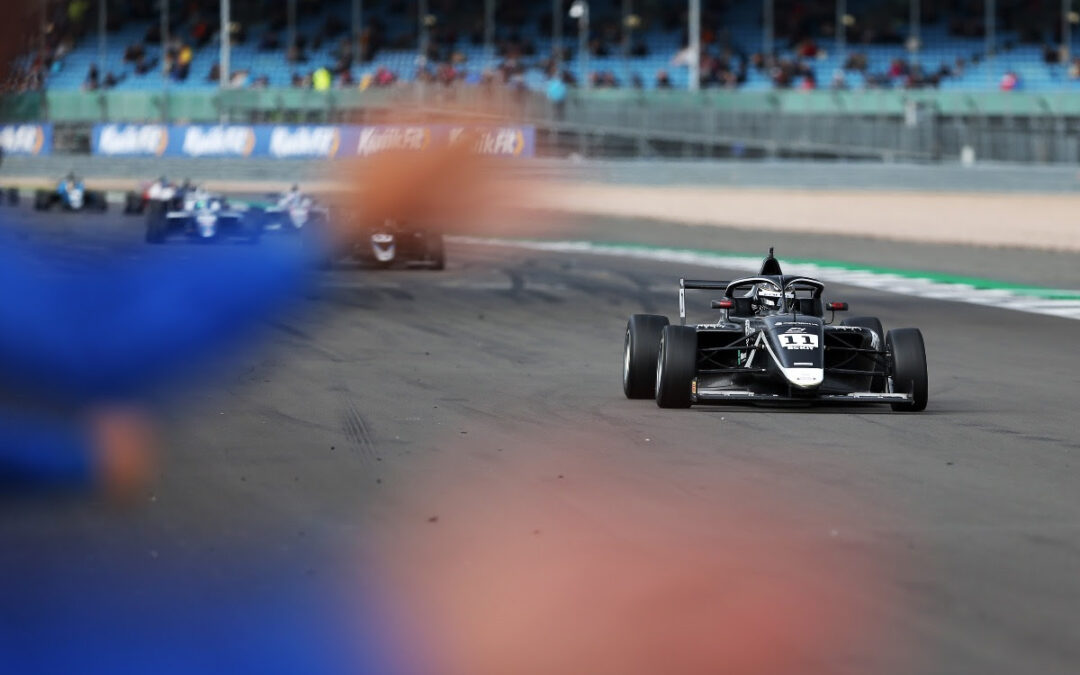 New Zealand’s Louis Sharp took victory on his debut at the Silverstone national circuit in Northampton this weekend to close the gap to the top three in the ROKiT British F4 Championship.

“It was a shame that race three only lasted a few metres, but we have to look to the positives and to take a victory on my first outing at a circuit as famous as Silverstone is fantastic. “To back up that special win with a third place finish in the reverse grid race was also really pleasing, and it means we’ve been able to score a good haul of points and close the gap on the drivers ahead in the standings.

“Securing third place is still possible with one round left at Brands Hatch, which would be a fantastic achievement when you consider that I wasn’t able to take part in the opening meeting due to my age, meaning everyone else got a three race head-start on me.

“The only way to approach the finale is to go there and fight hard for victories. The full Grand Prix circuit is one I really like and where I went well in testing, so fingers crossed we can end on another high.

Race three would end in an unfortunate retirement when Louis stalled as the lights went out and was collected from behind by the car of Edward Pearson, but he still heads away from the penultimate weekend of the season having closed the gap to the championship top three to 21 points – an astonishing fact given he missed the opening event whilst waiting to turn 15.