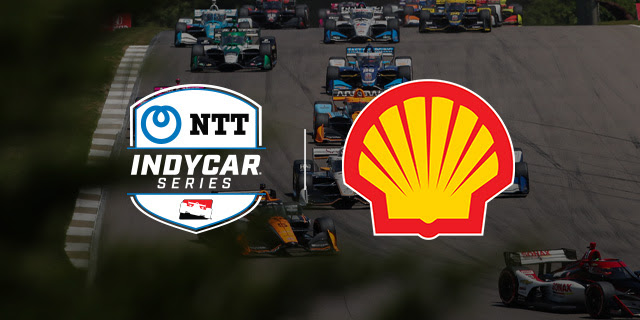 Shell announced on Friday that they are developing a new fuel, Race Fuel1 which is 100 percent renewable for the 2023 IndyCar Series season onwards.

“The fuel and lubricant, and energy solutions developed through our strategic relationship with INDYCAR and Penske Corporation can ultimately help accelerate reduced carbon emissions from transport in many sectors of the economy. “Shell’s motorsports technical alliances around the world provide a testing ground for fuel and lubricant technologies and products in demanding road conditions.”

Building on the sponsorship contract renewal and extension announced on May 26 at Indianapolis Motor Speedway, Shell will be the official fuel, motor oil and lubricant sponsor of the NTT INDYCAR SERIES.

Beginning in 2023, Shell will produce a new race fuel for the NTT INDYCAR SERIES. This new product consists of a blend of second-generation ethanol derived from sugarcane waste and other biofuels to create a fuel that is 100% comprised of feedstocks categorized as “renewable” under the applicable regulatory frameworks.

“This race fuel development for INDYCAR is a great example of how fuels technology is pivotal in helping decarbonize the sport,” said Dr. Selda Gunsel, president of Shell Global Solutions. “Today’s development takes us one step closer to that goal.”

“It is an honor for Raízen to contribute advanced ethanol to this renewable race fuel, and it’s an exciting introduction to one of the most iconic motorsport categories,” said Ricardo Mussa, Raízen CEO.

“Motorsports has always been at the forefront of innovation and technology, and today INDYCAR is furthering this tradition in a very important and transformational way,” said Mark Miles, president & CEO of Penske Entertainment Corp. “We are proud to become a leader in sustainability and decarbonization as we work towards becoming the first U.S. motorsport series to run on renewable fuel. With industry-leading organizations like Shell and Penske sharing the same ambition for a cleaner energy future, remarkable progress can be made.”