SmartStop Self Storage Team Up With Arrow McLaren SP For 2023 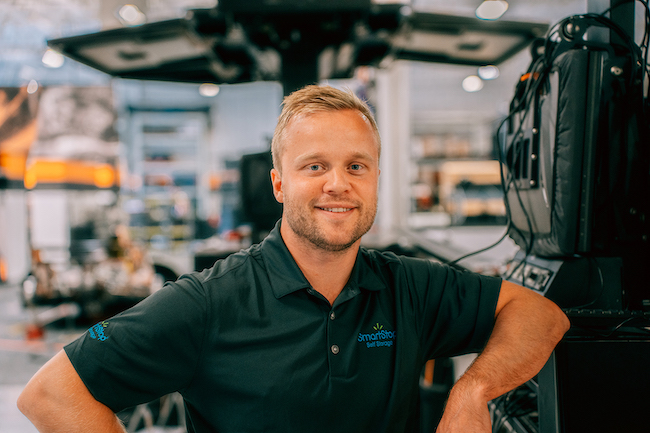 Arrow McLaren SP announced on Tuesday that SmartStop Self Storage, a self-managed and fully-integrated self-storage company has joined the team for the 2023 NTT IndyCar Series serving as an associate sponsor to Felix Rosenqvist in the No.6 Arrow McLaren SP.

SmartStop is committed to making the self-storage experience easy and hassle-free. It operates more than 175 convenient locations throughout the United States and Canada, supporting its customers with award-winning customer service.

SmartStop will be the Primary Partner for Felix’s No. 6 Arrow McLaren SP Chevrolet for a selection of races in 2023, including the Indianapolis GMR GP, Grand Prix of Toronto, and Grand Prix of Portland.

“It’s fantastic to welcome SmartStop to the McLaren Racing family ahead of what will be an important season for our IndyCar program. SmartStop’s Primary Partnership of the No. 6 car will be a great platform for our relationship at some iconic races, and we’re excited to carry this support across our increased three-car line-up throughout the season.

“This unique partnership with McLaren Racing allows us to elevate the SmartStop brand and will generate excitement and enthusiasm with our customers. SmartStop has been a supporter of IndyCar for nearly five years, and as we’ve grown to become a leading brand and household name in North America, the time is right to partner with Arrow McLaren SP, one of the preeminent names in racing.”

From the 2023 season, SmartStop branding will also be represented on all three Arrow McLaren SP Chevrolets and on team kit.