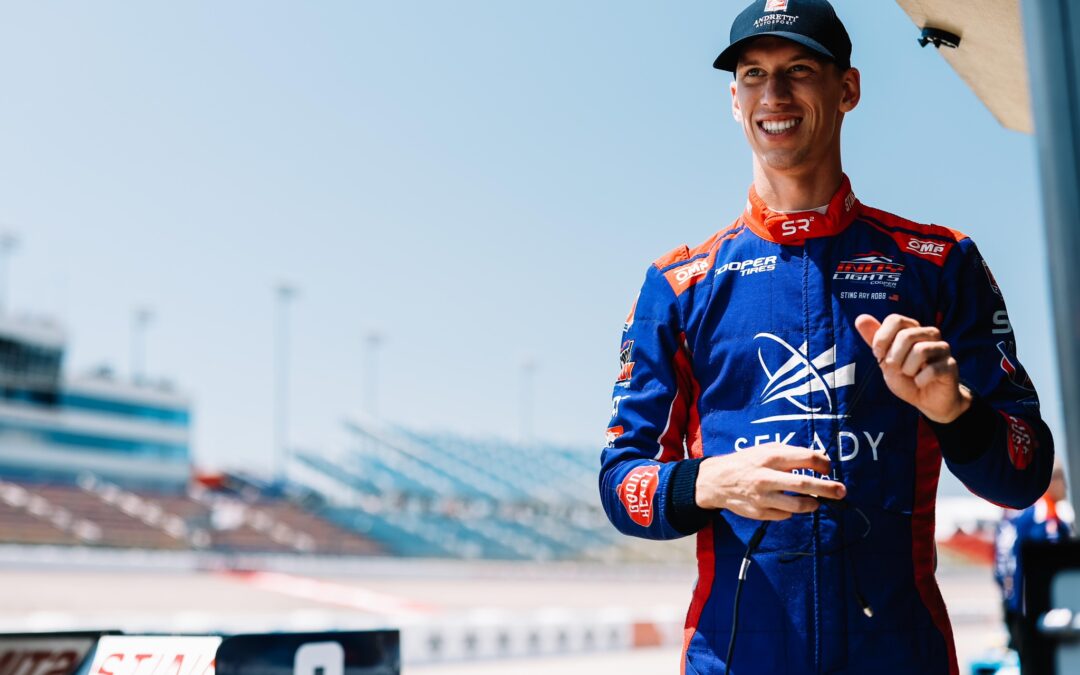 Dale Coyne Racing with RWR announced on Wednesday that they have signed 2022 Indy NXT presented by Firestone driver Sting Ray Robb to drive full-time for the team in the NTT IndyCar Series in 2023 driving the No.51 Honda.

Speaking about the announcent, Robb stated:

This is an opportunity – a dream – that has been long in the making. “I’m honored to join forces with Dale Coyne, Rick Ware and the whole organization. I am excited and grateful to be on the NTT INDYCAR SERIES grid for 2023. We had a great first test together in early January and I was very impressed with the efficiency of the DCR with RWR team and how well we worked together on our first day.

Robb, who tested for the team recently will make his IndyCar Series race debut at the Firestone Grand Prix of St Petersburg went on to say:

Dale Coyne Racing has a historically distinguished program that has seen success with many drivers and most recently, with young, talented drivers. I’m looking forward to continuing in that trend and expecting some strong results as we enter my rookie season. My heroes are all those who have come alongside to make it possible for me to follow God’s calling in my life; and to them I say, ‘Thank You’. All the glory goes to God.”

The signing of Sting Ray Robb sees Dale Coyne Racing have the youngest dri er pairing on the grid with both David Malukas born in September 2001.

We’re very excited to have Sting Ray join our team. “He is coming off a very strong INDY NXT season and he impressed us and performed very well earlier this month at our test. I think he and David will make a great pairing. With David continuing where he left off last year, and Sting Ray wanting to do well in his rookie season, we have two young and eager drivers who, I think, are a force to be reckoned with.”

Dale and I have spent a lot of the off season testing and discussing driver options. “Getting Sting Ray Robb on board to compete for the INDYCAR Rookie of the Year championship, as well as the Indy 500 Rookie of the Race honors, is pretty incredible. He’s young and already has multiple years in the IndyCar ladder system.

“I am really looking forward to another fresh driver and personality to the No. 51 team and partnership platforms. With Sting Ray’s road course experience, and Dale’s oval-track program, we are very optimistic.”

Pieter Rossi, Principal of One Motorsports Marketing and Management and the father of Arrow McLaren driver and 2016 Indianapolis 500 winner Alexander Rossi said:

I’ve had the privilege to work with Sting Ray and his family since 2017, when he transitioned from karting to formula cars. His development through the Road to Indy has been awesome to watch; both on and off track,” said Pieter Rossi, Principal, One Motorsports Marketing and Management. “As a rookie entering IndyCar, he has another opportunity to display his abilities as he takes the next step in his career. He will be a great ambassador and professional for IndyCar. He fully understands the responsibility of this opportunity.

“Working with Dale and Rick to secure Sting Ray Robb was enjoyable these past few months, and quite the silly season, I believe DCR’s youthful line up with Sting Ray and David will be very exciting for IndyCar.

“Last year we brought on Jonny Baker, a well-known industry professional to work with our young drivers. He’s a racer and gets it and we’re excited that our relationship with him is continuing in 2023. He will be handling trackside support for us working directly with Sting Ray and DCR at test and race events. The season cannot begin soon enough!

Robb will be back in the No.51 Honda at the Thermal Club forthe NTT IndyCar Series open test from February 2-3.