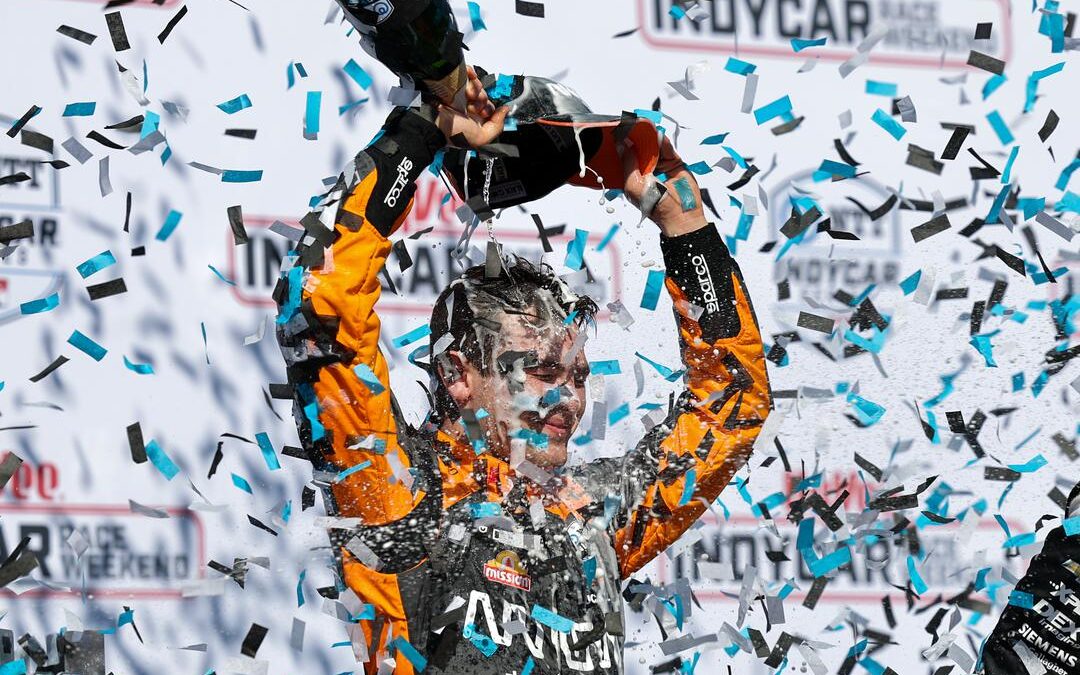 Pato O’Ward in the No.5 Arrow McLaren SP Chevrolet says he is super stoked after claiming victory in Sunday’s Hy-Vee Salute To Farmers 300 presented by Google on Sunday.

Starting the race from seventh, the Mexican made a great start to the event and ran upfront battling with Will Power taking the lead of the race following Josef Newgarden’s crash.

“The No. 5 Arrow McLaren SP crew in the pits were awesome. I think that’s what gave us our win. Obviously, I did the job in the car to keep the No. 5 safe and just to maintain our position. I knew we had the pace but it’s just tough whenever you’re going through the traffic and the guys in front of you have it a different way than you do; it’s just different every lap. So super stoked and super happy. We knew we had a good car, so it was just about capitalizing and being there when it counted. The team did a great job calling when we had to pit and it was very very enjoyable.

Felix Rosenqvist in the No.7 Arrow McLaren SP Chevrolet also had a solid race as he came home in seventh place having started the race from ninth.

It was a good day for us. Thanks to Arrow Electronics, VELO, Mission and Team Chevy. I had a really good car today. We were aiming for a top-three result, but we had a brake issue and I had trouble stopping in my pit box. In the last two pit stops, we lost a lap each time, but the car overall was incredible. With the issue, that’s what we had in it today.

“It’s good to see Pato in Victory Circle! A big congratulations to the team, and now I’m ready to celebrate with Pato!”

“Fantastic weekend for the whole team. Felix had a great car that allowed him to rally and continued to fight throughout the race to ultimately end the race P7.

“Pato drove a great race. We took advantage of some opportunities to make some aggressive strategy calls. When we got clean air out front, we were hard to beat. Super proud of the team, fantastic execution all weekend, great pit stops and Pato did a fantastic job from the driver’s seat. It was a great weekend for the team, collecting a lot of points and the championship is a lot tighter than when we got here. We did our job this weekend. We got a few more races to close out the season but couldn’t be prouder today. We will celebrate tonight and refocus for the road course race in Indianapolis.

“Finally, the whole team’s thoughts and prayers are with Josef Newgarden this evening, we’re all wishing him a quick recovery.”