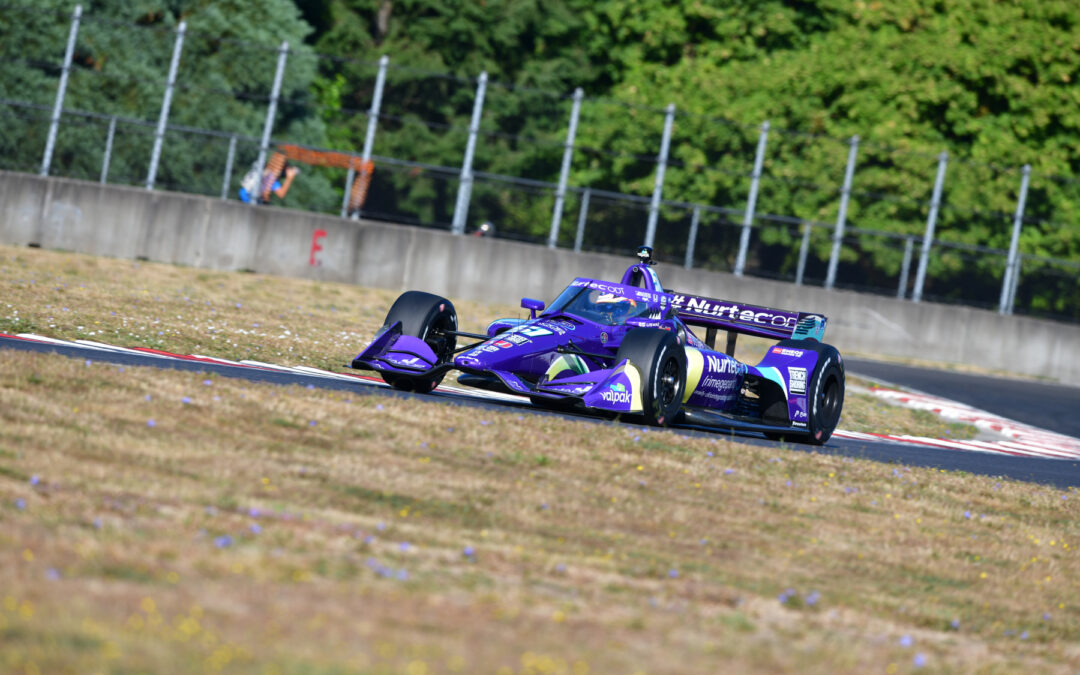 The Frenchman pitted for repairs on the second lap and lost 15 laps to the leaders but managed to bring the car home saying:

Portland was definitely not the weekend that we were hoping for. “Qualifying was not easy and I made a mistake going into Turn 1 at the start. I’m sorry to everyone that was involved. The Dale Coyne Racing with RWR crew did an amazing job fixing our Nurtec ODT car and we went out there and had the fastest lap of the race. It’s too bad because we had really good pace, but we lost too much time at the beginning. Hopefully we do better next week at Laguna Seca.”