Tanak Second After Day One 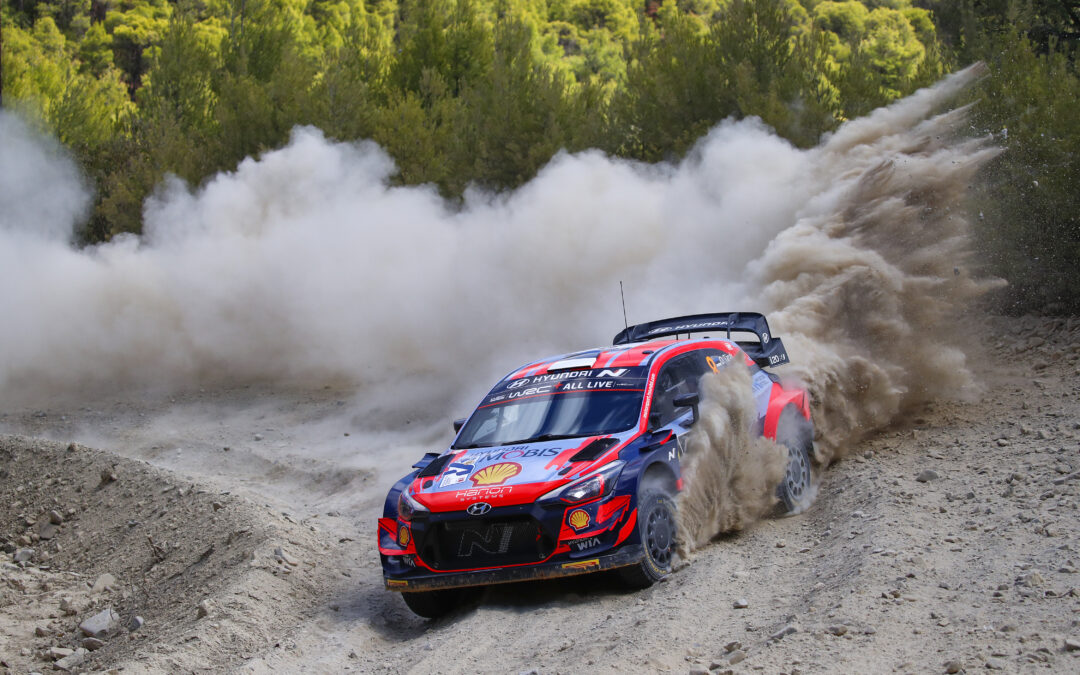 Hyundai Motorsports Ott Tanak took a stage victory on the opening day of Rally Acropolis in Greece on Friday and speaking following the action he said:

“It has been a struggle today, and difficult to find the feeling and confidence in the car. I have tried my best to keep up the pace with the leaders, but we need to look for some improvements tomorrow if we are to stay in this fight. I have felt a bit out of my comfort zone today, so it’s hard to get to the limit without risking having a moment or a surprising situation, especially on a new rally like this when you don’t know the conditions and need the car to behave as you expect. Even so, it’s nice to be back here, driving on stages with a nice character. We’ve had amazing support from the crowds; it shows that the rally means something in Greece and this rally deserves to be on the championship.

Dani Sordo competing in his first event of the season is fourth overall despite being handed a ten second penalty for a jump start of Stage 3.

“I can’t say I am fully happy with the day, or with being fourth on the classification; we always want to be higher up. I made a small mistake at the start of SS3 this morning and went a little bit before the start, so we got a ten second penalty. I was a bit excited to get going. Apart from that, it went OK. I lost a lot of time in some small parts, so there was room for improvement. It is my first WRC event with Cándido in the co-driver seat, and I am pleased with how it’s gone so far. We have a very long day tomorrow, so we have to push ourselves.

Thierry Neuville had a power steering issue but bounced back to win stage 6 and speaking following the action he said:

We have had a lot of problems, so it’s been a bit of a day to forget. We got hit by electrical trouble from the start this morning, and then had an issue with a leaking power steering. I was more of a mechanic than a driver at times today. We realised there was an issue in the tyre fitting zone, and our one goal was to repair the damage. We just didn’t have enough time. We managed it in the end, and I am proud of the job that we did to fix the car in time for the final two stages. Our only hope now is to try and catch back P7, or possibly P6, that’s about the best we can do. It’s going to be tough but we’re going to do our best and keep our motivation high until the end.”

“The Acropolis Rally has shown once again, if it was needed, just how tough it is, and why it has been called the European Safari Rally. For us, Dani and Ott have had an OK day. Sadly, we have had a troubled day with Thierry, who has worked his usual magic to fix the car, so a big thanks to him for his efforts and his commitment every time he’s in the car. Ott has struggled with the set-up, but at the end of the day he is in second place with close margins between the drivers, so it’s close. There are still a lot of competitive kilometres tomorrow and Sunday, so we’ll do all we can this evening to make the cars more comfortable and come out fighting again tomorrow.”