That Was A Wild Race 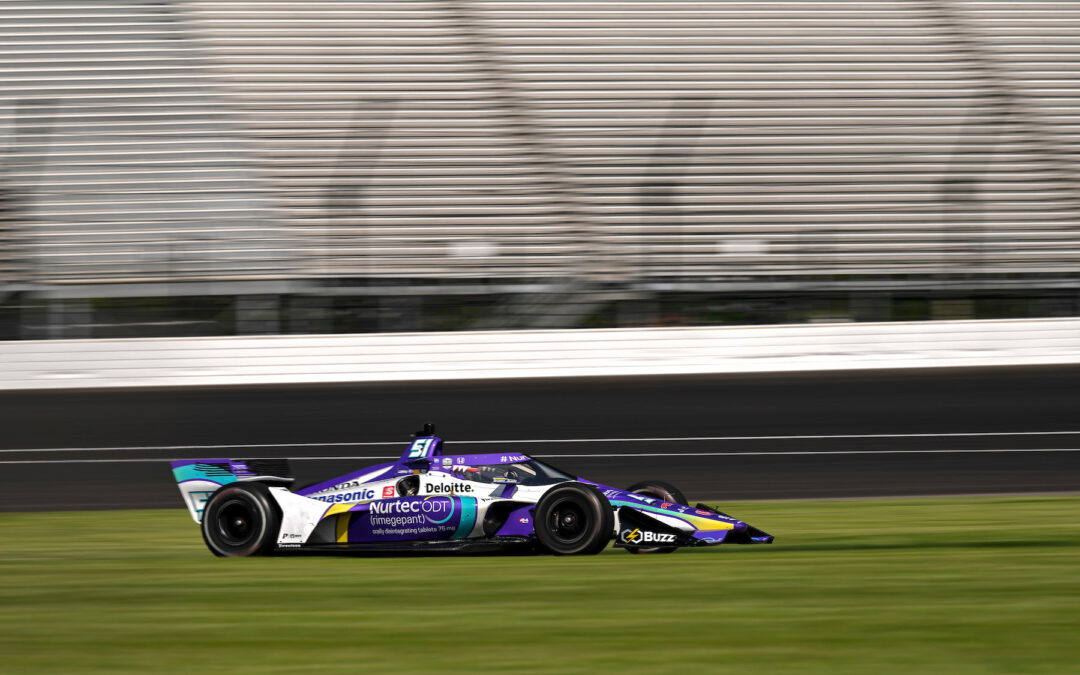 Dale Coyne with RWR’s Takuma Sato in the No.51 Nurtec ODT had a great race in Saturday’s GMR Grand Prix of Indianapolis on the IMS road course as the two-time Indianapolis 500 winner started the 85 lap race from 13th place and came home in seventh following what he described as a wild race due to the severe rain over the course of the race.

“That was a wild race. But it was great fun. We went back and forth and moved up as high as fourth, and that was a legitimate fourth. I think Colton (Herta) the two McLarens and myself were leaving the group behind. I think it looked pretty cool at the time but then on a later restart one car spun and to avoid it I went into the wet grass on dry tires and that was the end of the story as I spun. I felt really bad for the boys and basically went to the back of the field. Then, the rain helped me in the end. We unlapped ourselves and we put our head down and got the job done, finishing P7. It was such a dramatic race. The #51 Nurtec crew did a fantastic job to help me get me back up the field and I was able to push really hard battling side by side with very good drivers. There was some good overtaking. It’s a shame we had that moment but other than that it has given us great momentum to carry into the Indy 500.”

David Malukas in the No.18 Dale Coyne Racing with HMD Motorsports Honda scored his best road course finish of the 2022 NTT IndyCar Series season as he started the race from 24th place and came through the field to finish the race in P12 and speaking following the action he said:

“Wow, what a race! I don’t even know what to say. It was a massive race of survival. I knew it was going to be that, but I still wasn’t expecting it to be that much. Thankfully we survived without any incidents. Everything went quite smoothly for us, for how chaotic the whole race was. It was wet at the start, but once it dried up we were very competitive on the dry tires and I made moves left and right and moved up some positions. But those last couple of laps with the heavier rain, we were hydroplaning going out of Turn 11 and they were still waving it green, I couldn’t believe it. It’s an incredible feeling going into Turn 1 at 180 miles per hour without really seeing much you still have to go flat. Not only did we end up surviving but we also finished with a good position.”