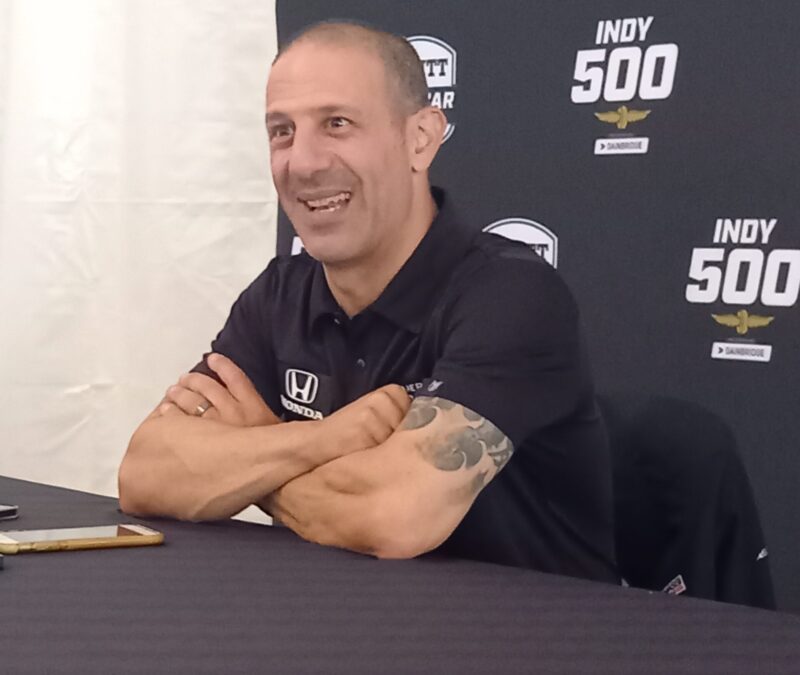 Chip Ganassi Racing’s Tony Kanaan in the No.1 American Legion Honda says that the fact that he is racing in Brazil has helped him heading into this weekend’s 106th running of the Indianapolis 500 presented by Gainbridge on Sunday.

Speaking to Paddock Eye on Thursday at the Indianapolis Motor Speedway, Kanaan said that he is thankful to Chip Ganassi Racing for giving him the opportunity to return to the Speedway and he also thanked American Legion which has sponsored his entry for this weekend’s race which will be his only NTT IndyCar Series event this season.

Kanaan, who has been out of an IndyCar since last season got straight down to business last weekend in qualifying and starts The Greatest Spectacle In Racing from sixth place on the grid following a four-lap average speed of 232.372MPH which is a great result given that there has been limited track time he got up to speed and it was as if he had never been away.

Kanaan has the experience himself and that of his teammate’s who have helped him get up to speed for the Month of May.