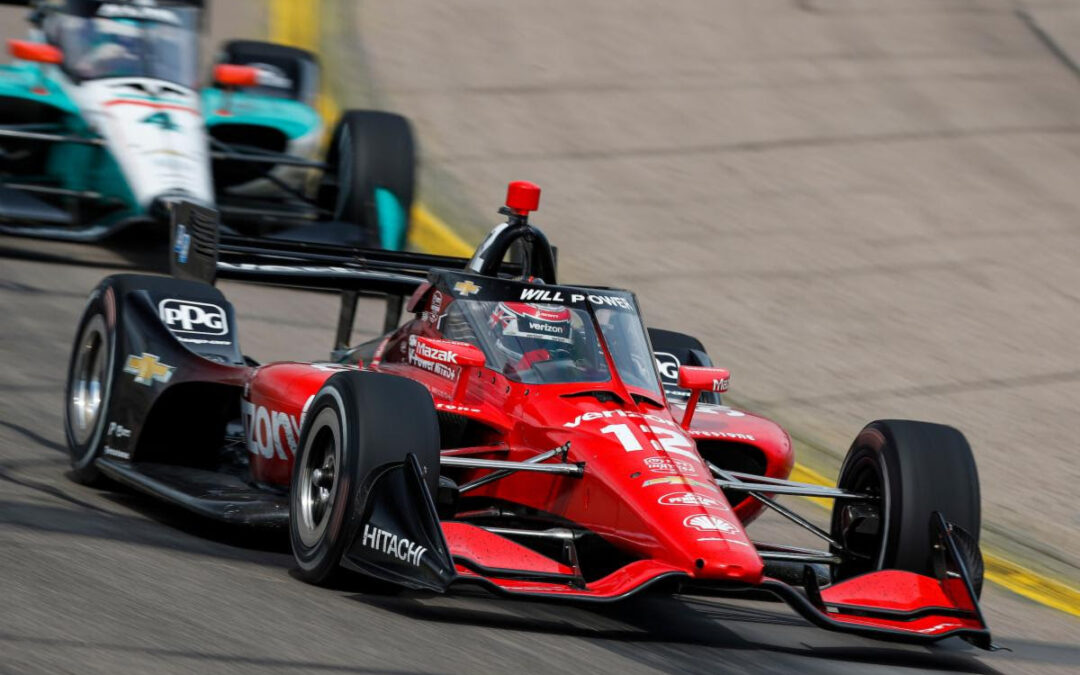 Team Penske’s Will Power in the No.12 Verizon 5G Chevrolet finished 2nd in Sunday’s HyVee Salutes Farmers 300 presented by Google at Iowa Speedway and finished third in the race here on Saturday.

Speaking to Paddock Eye following the race, Power said that the team has been extremely consistent having scored six podum finishes so far this season including his victory in Detroit.

Power said that the team has really good cars overall and not just on the engine side. The Australian heads into next weekend’s Gallagher Indy Grand Prix on the Indianapolis Motor Speedway road course in second place in the championship just eight points behind leader Marcus Ericsson in the No.8 Huski Chocolate Chip Ganassi Racing Honda.

Power has a great record at the Indianapolis Motor Speedway road course having won here last year so he will be hoping for a repeat performance next weekend.