The Dex Car Has Been Really Good 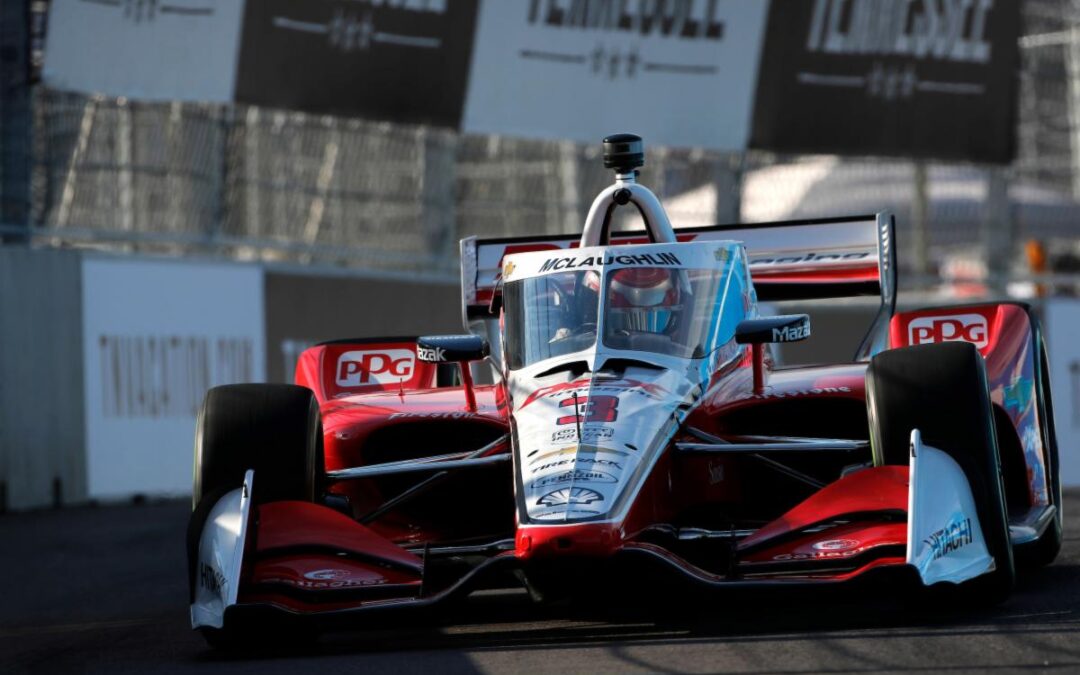 This Dex car has been really good. We won St. Pete with it. Won at Mid-Ohio when the guys were wearing these suits. Now I’m on Pole at Nashville which is a great track. I’m really proud of the Dex Chevy and the guys. The car was phenomenal. To do that on one lap used tires is amazing. Oh man, really good lap.

“I think more of the same Kevin, I don’t know. We just got our heads down and our bums up and then just wondering. I’m proud of this group, proud of this team. If I have really good pit stops tomorrow, my Thirsty Threes have got plenty support. So we’ll have a bit of fun.

McLaughlin went on to say:

“The car was phenomenal. “We did that on one lap, used tires. One of those good laps.

“Tell you what, this DEX car is really good, man. “We’ve been going really fast in this car. Won the St. Pete opener with it. Won Mid-Ohio and now we’re pole at Nashville, which is an amazing racetrack.”

Hometown hero Josef Newgarden in the No.2 PPG Team Penske Chevrolet starts the race from sixth with a time of 01:15.1461s and speaking following the action he said:

“I think we had really good potential to be in the pole conversation. Getting into the Fast Six was positive but we tried a different tire strategy than everyone else and it didn’t quite pan out for us. It’s a little frustrating but I do think we’re in a really good spot for Sunday. Team Penske has had really fast cars all weekend and that always bodes well for the race. We’re excited to be here racing in Nashville with PPG and Team Chevy and we’ll be looking for a good day tomorrow.”

Will Power in the No.12 Verizon 5G Chevrolet was handed a penalty for impeding Pato O’Ward and starts the race from eighth and speaking following the action he said:

“It’s definitely disappointing to not get a chance to fight for the pole because we’ve had a fast Verizon 5G Chevy all weekend. But that’s the rules and we weren’t able to advance to the final round. We know we have good cars here and we will have to work on our strategy to try and get to the front. We know what we have to do tomorrow.”