The Indianapolis 500 Is Just One Month Away 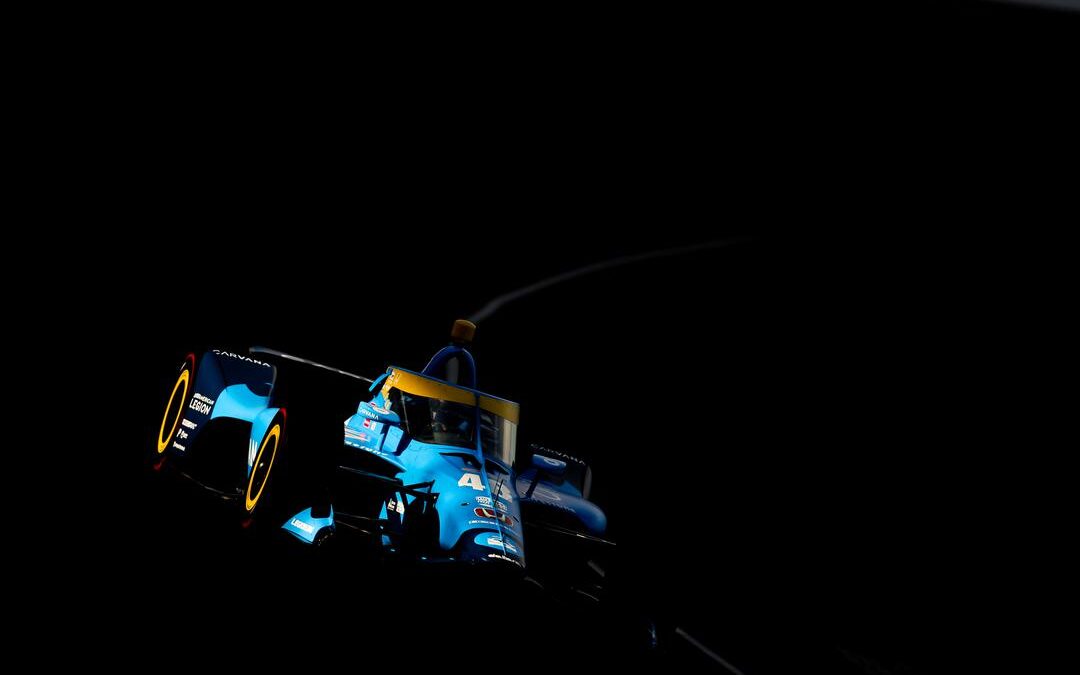 The 106th running of the Indianapolis 500 presented by Gainbridge is exactly four weeks away. The Greatest Spectacle Spectacle In Racing takes place on Sunday May 29.

The race which has traditionally had 33 drivers on the grid have 32 firmly locked into the grid with the NTT IndyCar Series hoping that that there will be at least 34 cars vying for grid slots.

A number of drivers will make the Indianapolis 500 debuts. Jimmie Johnson who is competing full-time in the NTT IndyCar Series this season will make his Indy 500 debut in the No.48 Carvana Chip Ganassi Racing Honda.

Andretti Autosport’s Romain Grosjean in the No.28 DHL Honda will also make his Indianapolis 500 debut next month.

Andretti Autosport have five drivers with Colton Herta in the No.26 Gainbridge Honda, Alexander Rossi in the No.27 NAPA Auto Parts AutoNation Honda. Romain Grosjean in the No.28 DHL Honda. Devlin DeFrancesco will make his Indy 500 debut in the No.29 PowerTap Honda while Marco Andretti returns to the Indianapolis Motor Speedway to make his 250th NTT IndyCar Series start.

For the first time in the teams history, Chip Ganassi Racing will run five cars in the Greatest Spectacle In Racing.

Tony Kanaan is in the No.1 American Legion Honda,  Marcus Ericsson in the No.8 Huski Chocolate Honda, Scott Dixon in the No.9 PNC Bank Honda, defending champion Alex Palou is in the No.10 NTT DATA Honda. Jimmie Johnson will be in the No.48 Carvana Honda.

Dreyer and Reinbold Racing have Sage Karam in the No.24 AES Indiana Chevrolet while Santino Ferrucci is in the No.23 Chevrolet.

Rahal Letterman Lanigan Racing have Graham Rahal in the No.15 United Rentals Honda, Christian Lundgaard is in the No.30 Shield Cleansers Honda while Jack Harvey is in the No.45 Hy-Vee Honda.

Meyer Shank Racing has Simon Pagenaud in the No.60 AutoNation Sirius XM Honda and defending Indianapolis 500 winner Helio Castroneves in the No.06 AutoNation Honda driving for five.

Juncos Hollinger Racing has Callum Ilott in the No.77 Chevrolet in their car.

Team Penske has three drivers, Josef Newgarden in the No.2 Shell Rewards Chevrolet, Scott McLaughlin in the No.3 XPEL Chevrolet and Will Power in the No.12 Verizon 5G Chevrolet.

Paddock Eye understands that one of the drivers in the running for the final placexin the field is former CART driver Katherine Legge as she has the budget in place.

Stefan Wilson also has the budget in place with Cusick Motorsports and is reportedly close to setting up a deal with DragonSpeed who has a car ready to go.

The 106th running of the Indianapolis presented by Gainbridge takes place on Sunday May 29.