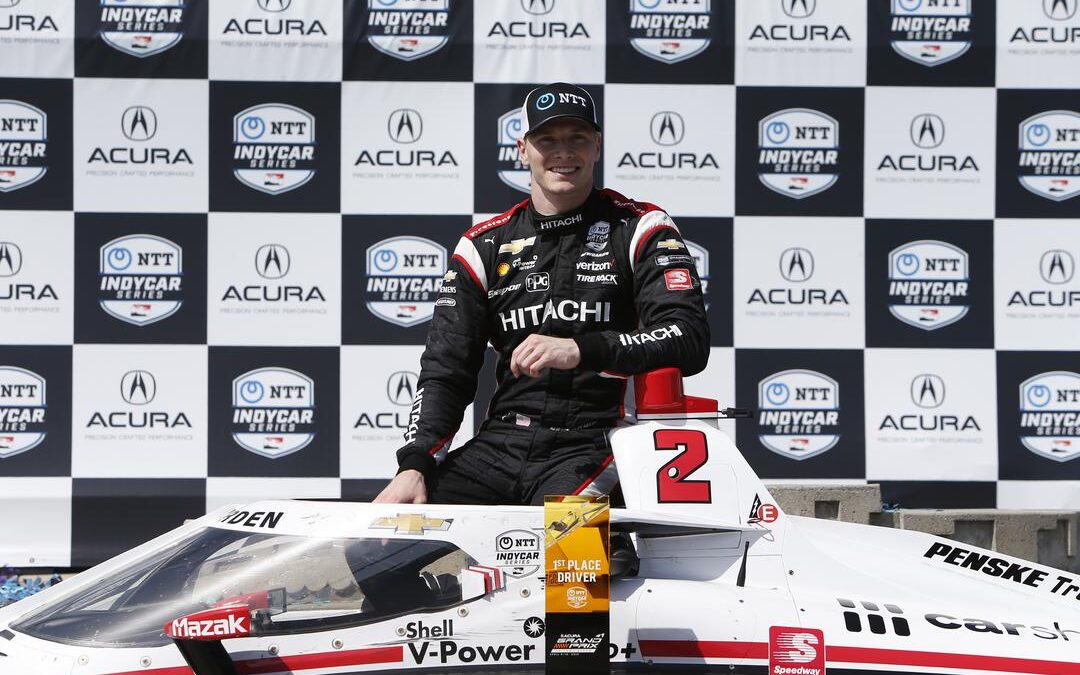 Josef Newgarden, driver of the No.2 Hitachi Team Penske was delighted to have taken victory in Sunday’s Acura Grand Prix and his second consecutive win of the season following his win over team-mate Scott McLaughlin in Texas.

Team Penske has now taken victory in the opening three races of the season for the first time since 2012 when Helio Castroneves and Will Power took victories in St Petersburg, Barber Motorsports Park and Long Beach.

Newgarden has now won in two of the three disciplines this season, on an oval and street course and heads to Barber Motorsports Park next time out where if he wins he will receive $1 million which will be shared amongst his team and a charity of his choice with thanks to PeopleReady.

This is definitely up there on the list (of greatest career wins). This was a fight today. This is not an easy race to win. I don’t know what it looked like from the outside, but I was working my butt off with Grosjean there at the end on the used reds. I was hoping he would fade a little bit, holding him off on that restart was super difficult. This Hitachi car was on it. I knew coming in to the race we had a great strategy and with Team Chevy we were going to be alright. With pit stops helping me get around Alex (Palou), I’m so proud of Team Penske. I have been to win a race here for 11 years so I’m so happy to finally get it done.

Scott McLaughlin in the No.3 Snap-On Chevrolet started the race from ninth place on the grid and came home in 14th place and speaking following the action he said:

We had good pace with the Snap-on Chevy, but I made a mistake on the second exchange. It was bad judgement. I clipped the inside wall which spun me out. Once you lose track position like that, you’re pretty done. We managed to claw our way back to 14th and passed the most cars. We just didn’t have track position. I felt like it was a pretty good weekend overall pace-wise. We were right there but didn’t put it together. I’ll keep my head up and keep working and we’ll be OK. Team Penkse still won, which is the main thing. We’re in a good spot. Until that mistake, we made a good start, were in a good spot and in front of Grosjean who ultimately finished second. It’s disappointing, but we’ll keep building. We’re still second in the championship, which isn’t a bad thing.

Will Power in the No.12 Verizon 5G Chevrolet had a great race coming from ninth on the grid to finish the event in fourth place and speaking following the action he said:

It’s a very good day for me with a top-five after starting P7. We said in our strategy meeting that if we could finish in the top-five it’s a great day. Obviously, a win would have been awesome but we keep making those points… top-fives week in a week out. That’s what wins championships. We’ll keep doing that and hopefully find ourselves in victory lane with the Verizon 5G Chevy very soon.