This Last Race Just Sums Up Our Year Unfortunately 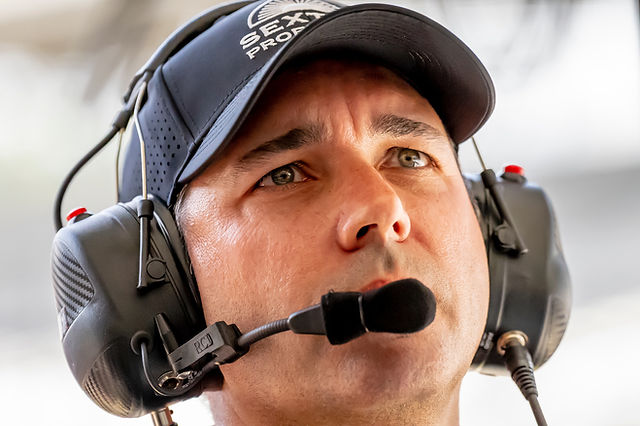 This last race just sums up our year unfortunately. “It wasn’t a great year for us and just had some bad luck in the race. The 14 car was moving up but a penalty on pit road ended up costing us a drive through penalty and it ended any progress we made. The team did a great job, pit stops were great, and the driver drove hard but it just sums up our year. We’re already looking to the winter, all the improvements, and moving on from there. Also looks like the 4 car had some trouble early, he got turned around and unfortunately this is a hard place to pass. I know he drove hard to try to get up there but it’s just hard when you lose that much track position. The guys did a good job. The team’s committed to the future and making it better over the winter and that’s what we’re going to work on. And it starts right now!

Dalton Kellett in the No.4 K Line Insulators Chevrolet started the race in 22nd and had contact with Jimmie Johnson in the early stages of the race going through the Corkscrew which saw him spin off track at the bottom of the iconic corner.

Not exactly how we wanted to wrap up the 2022 IndyCar season, a tough day out there for the No. 4 crew. I got spun early after a good start where we made some good positions. But I don’t feel like we really had the pace to hang on to those gains on the reds, we just seemed to really struggle there. So, I was driving pretty defensively. And Jimmie got into the back of me, and when I looped around and then just lit the tires up trying to get it turned back the right way and just roasted the rear tires. That was like lap three or four. So for the remainder of that red stint, the rears were just gone. And that pretty much put us a lap down right away. And then there was kind of no recovering from that.

We were okay on blacks. “I thought our pace was acceptable. But just on reds we really were lacking. And yeah, I think a big factor was just cooking the rears on that spin. In just lost track position which took us out of contention for any possible gain. So not how we wanted it to end but just I can thank AJ Foyt crew enough for this year. You know, it was up and down. We definitely had some great highlights and lots of stuff that we would have liked to have gone better and done better. Like from my side and the team side, just a little bit of a lack of consistency. I think overall we’re probably not satisfied with how things ended up this year. But definitely lots to learn and lots of information for everyone to digest and use to improve going forward.

In his final race with Foyt before moving to Andretti Autosport next season, Kyle Kirkwood came home  in 21st and speaking following the action he said:

So last race done here in Laguna Seca, not the race that we that we really wanted. We were actually on for a pretty decent finish — it seemed like probably I think p 14 or p 15. And then I drove off going down the pit lane exit and then ultimately, we got a drive through [penalty] so that’s super unfortunate. We didn’t have the pace to do what Alex Palou and Power did on a similar strategy to me, so that wasn’t absolutely perfect. But overall, it’s been a huge learning curve for me throughout the season. We’ve had a ton of fun. The team’s learned a lot. I’ve learned a lot. So hopefully we can just take everything that we’ve done this season and even this race weekend and transfer it into something for next year even though I won’t be part of the team. The team will be able to do it and I’ll be able to do it as well.” 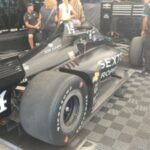 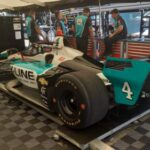