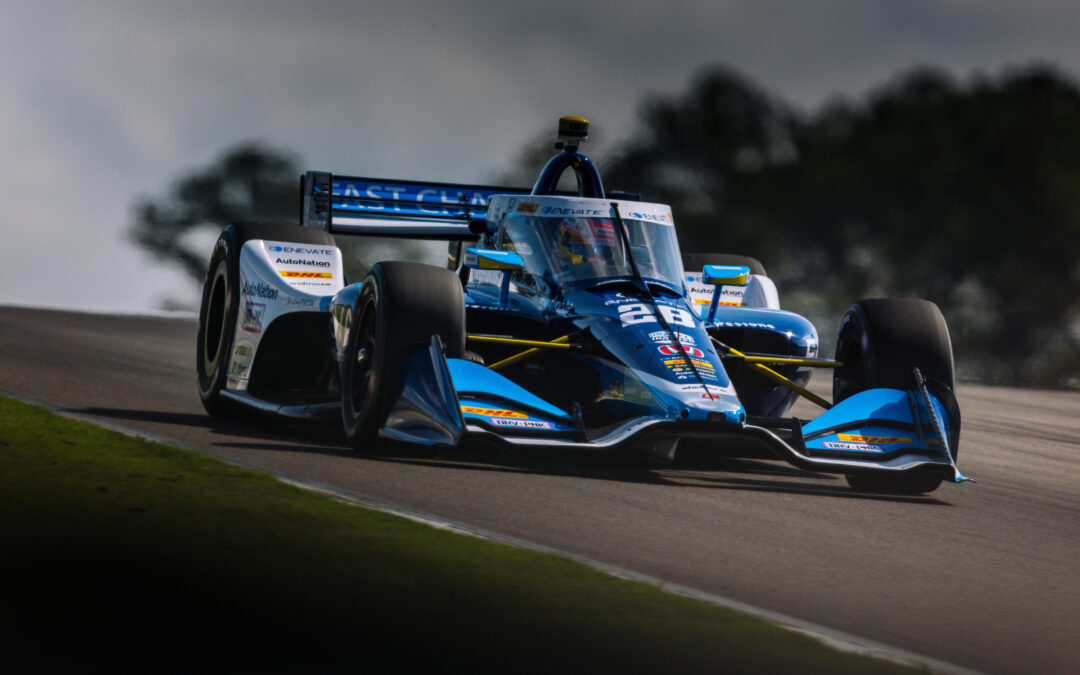 Andretti Autosport’s Romain Grosjean in the No.28 Enevate DHL Honda started Sunday’s Honda Indy Grand Prix at Barber Motorsports Park from eighth place on the grid and made a last lap pass on Rahal Letterman Lanigan Racing’s Graham Rahal in the No.15 Code 3 Associates Honda and speaking following the action he said:

Pretty good day. The car was fast; we think we picked the wrong strategy today. The three-stop didn’t really work. We finished best out of the three-stop strategy, but it just didn’t really work. The car was good, we had some good passes, but the yellow came at the wrong time. I think we were one of the fastest, but we just couldn’t go for the win.

Alexander Rossi in the No.27 NAPA Auto Parts AutoNation Honda started the race from fifth place however, the 2016 Indy 500 winner felt that it was a missed opportunity as he lost places during the pit cycles and came home in ninth place and speaking following the action he commented saying:

and then finished eighth. I think the three-stop (pit strategy) was good. Some guys made the two-stop work. I don’t really understand why we lost so many stops, but here we are. It feels like a missed opportunity, but we’ll focus on the rest of May now.

Colton Herta in the No.26 Gainbridge Honda started the race from tenth and that is where he finished after a spin late in the race and speaking following the action he commented saying:

I was just a little over-ambitious, but overall pace was there. It looked like the three-stop (strategy) was going to work, but in the end, it didn’t work. I was happy with the car overall. The Gainbridge Honda was really fast. It wasn’t the strategy call that threw us; it was Callum (Illot) causing the yellow. Unfortunately, these things kind of happen.

Devlin DeFrancesco in the No.29 PowerTap Andretti Steinbrenner Honda started the race from twentieth and finished the race in P17 and speaking following the action he said:

Race day is done here at Barber Motorsports Park at the Honda Indy Grand Prix. Genuinely happy with the No. 29 Andretti Steinbrenner PowerTap Honda. Qualifying was disappointing yesterday, but we moved forward to the race. One little mistake I’d say we made; just a shame to have that restart on blacks, but we had great pace, great fuel mileage and definitely finished higher than where we started. We know we left some on the table, so hugely happy to get an alright finish here and looking forward to the month of May. 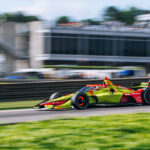 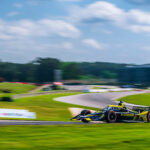 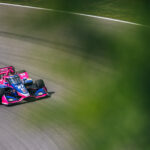