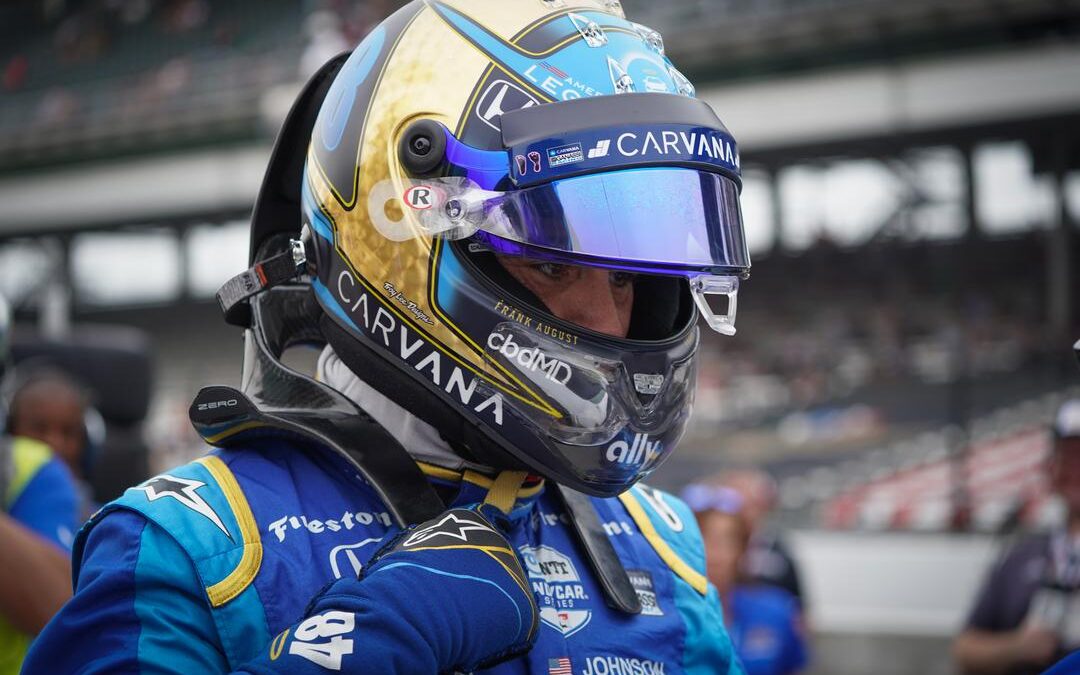 Chip Ganassi Racing’s Jimmie Johnson in the No.48 Carvana Honda says that today at the Indianapolis Motor Speedway, the opening day of qualifying for the 106th running of the Indianapolis 500 presented by Gainbridge exceeded his expectations in terms of the fan support.

Speaking to Paddock Eye following his sixth-place finish which advances him to Sunday’s Fast 12, Johnson said that he is savoring his first experience of being at the Indianapolis Motor Speedway for his first Indianapolis 500 race next weekend and he can’t imagine what it will be like on race day, a week from Sunday.

Johnson said that he is enjoying the experience more as he is not just focused purely on the work side of things, he is letting his mind relax a bit more and smell the roses sort of situation which he admits that it is not how he operated his Cup (NASCAR) career.

Johnson said that not only did the on-track performance exceed expectations but so did the energy and atmosphere on pit lane.

Johnson is joined in the Fast 12 by all of his Chip Ganassi Racing teammates, Scott Dixon, Tony Kanaan, Alex Palou and Marcus Ericsson.