Today Was A Good Day 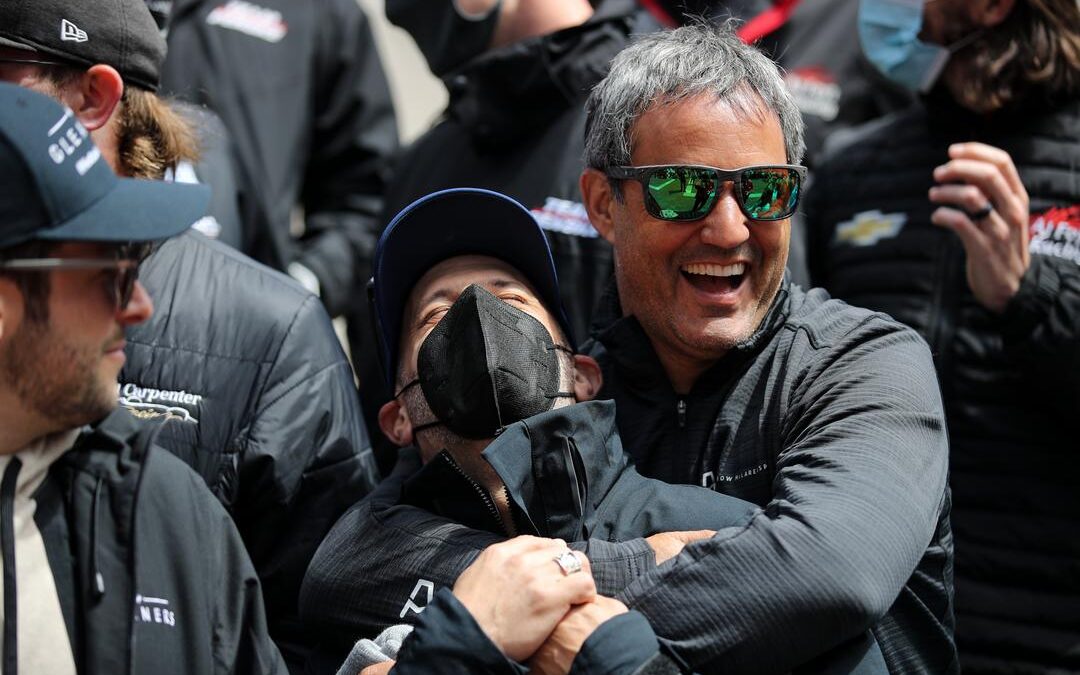 Two-time Indianapolis 500 winner Juan Pablo Montoya was happy with how his first day back in an IndyCar went as he tested at the Indianapolis Motor Speedway on Wednesday. The Colombian successfully completed the refresher program at the Speedway as the opening day of track action at the Speedway got underway an hour and a half late due to a rain delay.

Today was good. I have a new seat that has me sitting a little different in the car but I am really happy with the position. The car felt pretty good. We went through and tried a couple things with the aero and didn’t really get a chance much to run in traffic. We were going to do that in the afternoon but Herta crashed and we decided the smart thing was to not run the rest of the session. It was really windy and gusty and if you start pushing things at Indy, it normally bites you. I think we have good pace, the car feels pretty similar to where we finished last year, so I’m pretty happy.

Montoya completed 42 laps and was 5th in the refresher ROP standings. Felix Rosenqvist completed 39 laps and commenting following the action  he said:

“Today was kind of a slow day. We didn’t do much in the morning besides get some traffic runs in. We are working up to it. The car feels good, pretty much the same as where we left it after last year’s Indy 500. The afternoon was a bit disruptive with some incidents and something was going on with the warm up lane, which ended the session early. We will get some more running in tomorrow.”

Pato O’Ward in the No.5 Arrow McLaren SP Chevrolet was fifth in veteran practice with a speed of 222.660MPH and speaking following the action he said:

“It’s always good to be back at Indianapolis Motor Speedway. This place never fails to keep you on your toes. Today was about getting back in the groove, getting a feel for what traffic is like and what the car feels like in clean air. Obviously the weather today likely wasn’t the closest to what it will be on race day. I think it’s good to get a few laps in and get ready for tomorrow, when we will start going through our run plan.”

“Today was a bit of a weird day. Ambient conditions and track conditions made it a bit variable but otherwise it was a good first day on track at Indianapolis Motor Speedway. It’s not May yet but this really kicks off our preparations for the Indianapolis 500. We had a lot of stuff on the test list and we got through as much of that as we could today with the rain delay and the early shut down. We should have more time tomorrow and the weather looks better, so we are looking forward to another day of testing.”