Today Was A Very Difficult Day 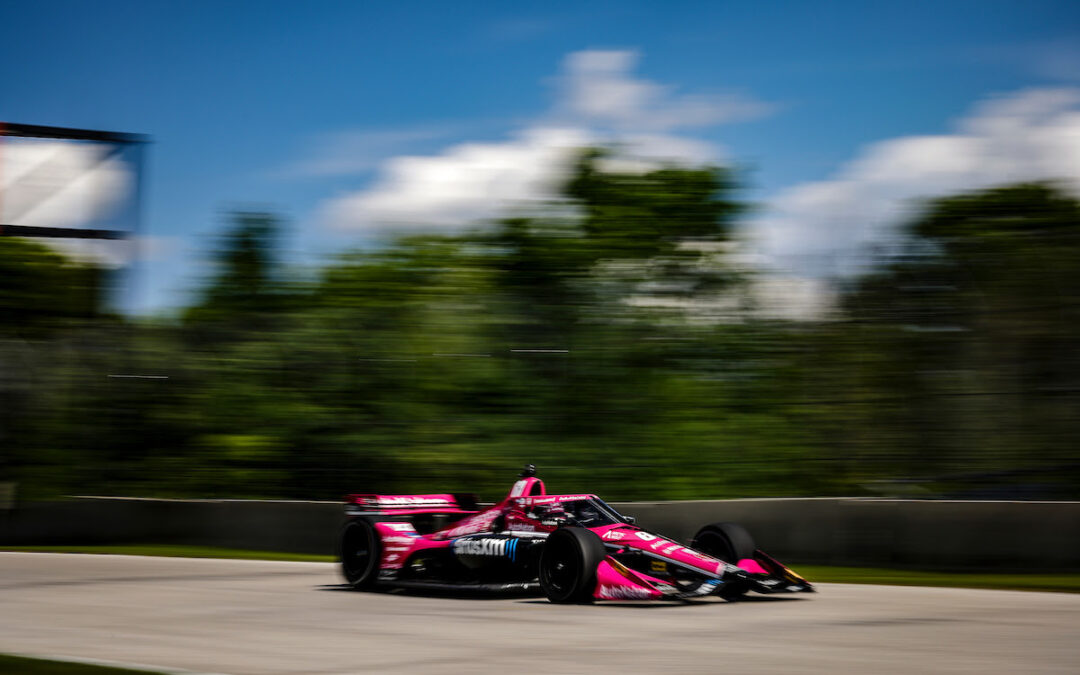 Meyer Shank Racing’s Helio Castroneves in the No.06 AutoNation Sirius XM Honda said that the Sonsio Grand Prix of Road America presented by AMR was a very difficult race after the 2021 Indianapolis 500 winner came home in 22nd place following the 55-lap race.

Castroneves followed a similar three-stop strategy, maximizing the tire life through each run. Unfortunately, unable to make up any ground on the over-cut pit strategy, Castroneves was 16th ahead of a yellow flag with just eight laps to go. An uncharacteristic move for position saw Castroneves run off course coming onto the front straight on the restart, which set him back to 23rd position. Castroneves made up one position through the final sprint and crossed the line 22nd.

“Today was a very difficult day. At the start I got boxed in with another driver so we lost a couple of spots there. At the end of the day, we just stayed where we were mid-pack. The car actually ran well, and the strategy was good with the red tires. By the end, I saw an opportunity, so I dove inside of (Takuma) Sato, but unfortunately, I was too aggressive, so that was my bad. Not a good day for the 06 because we should be about 15 or 16, but we’ll pack up and move to the next.”

Pagenaud raced to sixth place ahead of his first pit stop on Lap 16 for a second set of primary tires. Castroneves followed suit and pitted one lap later also for a move to primary tires.

Pagenaud battled through some balance issues through the middle of the race, which saw a brief off-course excursion at the high-speed Kink just before Canada corner, but the Frenchman’s quick hands put him back on track without issue.

Pagenaud used his set of alternate tires through the third stint of the race before his final stop on lap 40 back to primaries to close out the race. Pagenaud finished out the final 15 laps to cross the line 12th. Speaking following the action he said:

“We had a tough day today, especially with me in the office. We had a very loose car, very difficult to complete the whole stint on the tires. It was a bit disappointing because we couldn’t progress forward, but on the positive side we also didn’t regress in standings in the end. Overall, it’s okay as it wasn’t exactly the race we wanted certainly, but we’ll go look at some things as we didn’t expect the car to be this loose for the race.”