Today Was Quite A Good Step Forward For Us 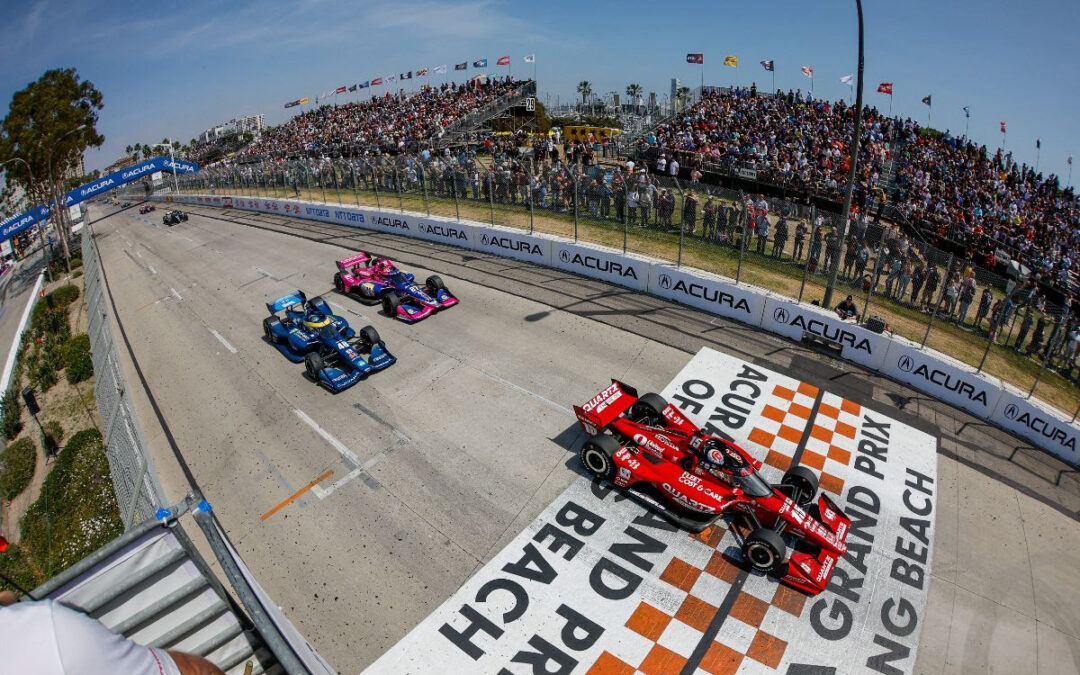 Rahal Letterman Lanigan Racing’s Graham Rahal in the No.15 Quartz Engine Oil Honda felt that his seventh-place finish in the Acura Grand Prix of Long Beach on Sunday was quite a good step forward for the team.

Rahal who started the race from 13th and came home just behind Scott Dixon and speaking following the race he commented saying:

The Quartz Engine Oil car was good today, finished P7 here in Long Beach. Obviously, we would like to be further up but I thought that today was a quite a good step forward for us. We were very competitive with guys like Rossi in an Andretti car behind us, and he certainly had nothing for us in the race. And guys like Dixon in front of us who we were strong. Man I had a great run on him on that last lap there but just came up a hair shy. I thought that — all things considered — it was a step in the right direction. We’ve got some stuff to find here as a team, but all we can do is put our heads down and keep focusing forward and trying to improve. I think we got through a ton this weekend. We go off to Barber now, which is a place that we’ve had success and a place that we love as a team. And then the Indy road course where I expect us to be very good there with Jack’s expertise and because Christian was good last year. It’s a good way to kick off the remainder of the season. So head down and focus forward.

Christian Lundgaard in the No.30 Shield Cleansers started the race from 19th but dropped two laps down after his first pit stop on Lap 31 when he ran out of fuel on the way into the pits. He took the checkered flag in 18th place and maintained the lead in the Rookie of the Year standings.

Long Beach is done and I’m disappointed to say the least, I think we all are. Luckily, I think Graham was in the Top seven so that’s positive. Having no pace and running out of fuel is just not where we want to be. We will come back strong at Barber. It’s a road course so we will be there. We have three experienced drivers so we can do it.

Jack Harvey in the No.45 Hy-Vee Honda has competed in four INDYCAR races here with his best finish of seventh place coming last year after he led one lap.

He also has experience starting up front after having won pole in one of this two Indy Lights races at the track in 2015.

Harvey who started the race from 20th and finished the event in 15th place and speaking following the action said:

Finishing 15th in the Acura Grand Prix of Long Beach was definitely not the result we were hoping for. We were pretty limited on what strategy options we had today, so I think at this point we just have a big reset and go to Barber with optimism and hopefulness and just keep working till it happens