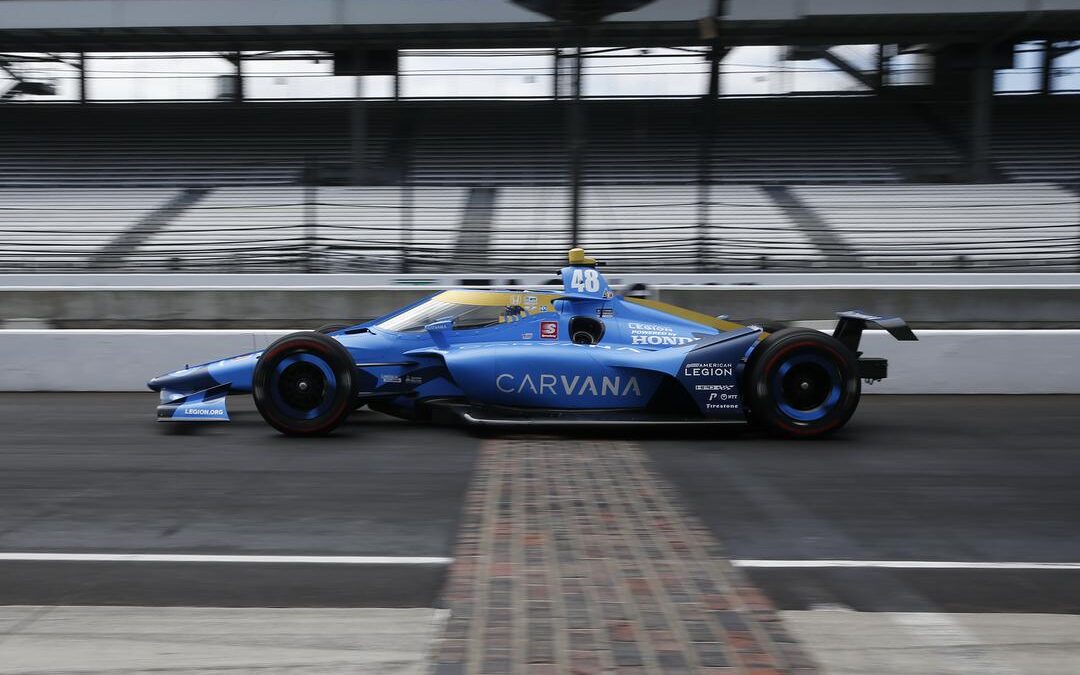 Chip Ganassi Racing’s Jimmie Johnson, driver of the No.48 Carvana Honda says that Turns 2 and 4 are still key to passing at the Indianapolis Motor Speedway regardless of what series you are in be it an IndyCar or a NASCAR Cup car.

Speaking to Paddock Eye following Thursday’s action, Johnson said that he is surprised at how similar and challenging it can be to set up a pass.

Johnson said that he didn’t line up a pass over the course of the track action on Thursday but did get past a few drivers who got into trouble on track so he still has that to get used to and up to speed with.

Johnson who was sitting beside his teammate Tony Kanaan in the press conference said that he is delighted to be racing against one of his best friends in the series and other friends but also said that Kanaan played an instrumental role in Johnson making the move to the NTT IndyCar Series last season first on a partial schedule and then on a full-time program this season.

Johnson had a strong day on Thursday as he ended the day in eighth place overall. Next up for the NTT IndyCar Series is the Honda Grand Prix of Alabama at Barber Motorsports Park which takes place from April 29 – May 1.