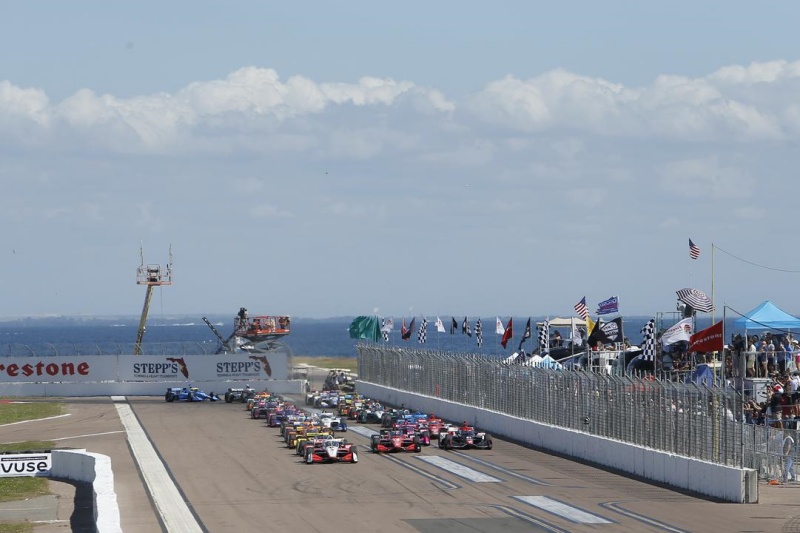 This year sees a number of driver changes throughout the grid.

AJ Foyt Racing has brought in a brand new line up with Santino Ferrucci joined by rookie Benjamin Pedersen while they have also hired Michael Cannon from Chip Ganassi Racing so we expect exciting things from the team this season.

At Arrow McLaren SP they have expanded to three full-time cars with the arrival of Alexander Rossi from Andretti Autosport.

Speaking of Andretti Autosport, Kyle Kirkwood has moved to the No.27 Honda alongside Colton Herta, Romain Grosjean and IndyCar sophomore Devlin DeFrancesco.

Chip Ganassi Racing had a busy off-season with the arrival of Taylor Kiel and Marcus Armstrong and the departure of both Tony Kanaan and Jimmie Johnson. The question remains who will drive the No.11 Honda for the oval races, rumors linking Takuma Sato to that seat have cooled in recent months.

Dale Coyne Racing has David Malukus in the No.18 Honda while question marks remain over the No.51 Nurtec ODT Honda. Indy NXT championship presented by Firestone driver Sting Ray Robb tested for the team at Sebring this week and clocked the second fatest time of the test.

Robb brings considerable financial support through his partners so it is possible that if Sato does not return full-time, Robb could take his place for road and street course events.

Ed Carpenter Racing have an unchanged line up with Conor Daly in the 20, Rinus VeeKay in the 21 and team owner Ed Carpenter in the 33 for ovals.

Meyer Shank Racing has Simon Pagenaud and Helio Castroneves locked in for 2023.

Rahal Letterman Lanigan Racing have Graham Rahal, Jack Harvey and Christian Lundgaard returning while it is believed the team could run a fourth car for the Indianapolis 500 in May.

Paddock Eye understands that after working with NBC for the past two seasons, James Hinchcliffe is close to a return to the cockpit and could land a seat with Rahal for the 500.

Team Penske has an unchanged lineup with defending series champion Will Power back in the No.12 Verizon 5G Chevrolet alongside Scott McLaughlin and Josef Newgarden.

Juncos Hollinger Racing will expand to two cars full-time in 2023 with England’s Callum Ilott returning while it is possible that Sting Ray Robb could find himself in a full-time seat with Juncos next season.

We will have a full picture next month when the NTT IndyCar Series heads to the Thermal Club in California for a two-day of test from February 2-3.

Team Penske’s Scott McLaughlin heads into the new season aiming to go back to back with a second victory in St Pete having won here last season.

It is going to be interesting to see how the new season pans out particularly with the introduction of the new sustainable fuel which will be used for the first time in St Pete.

The countdown is on until the green flag for the Firestone Grand Prix of St Petersburg. For more information click here.