Two Podiums In A Row For Rossi 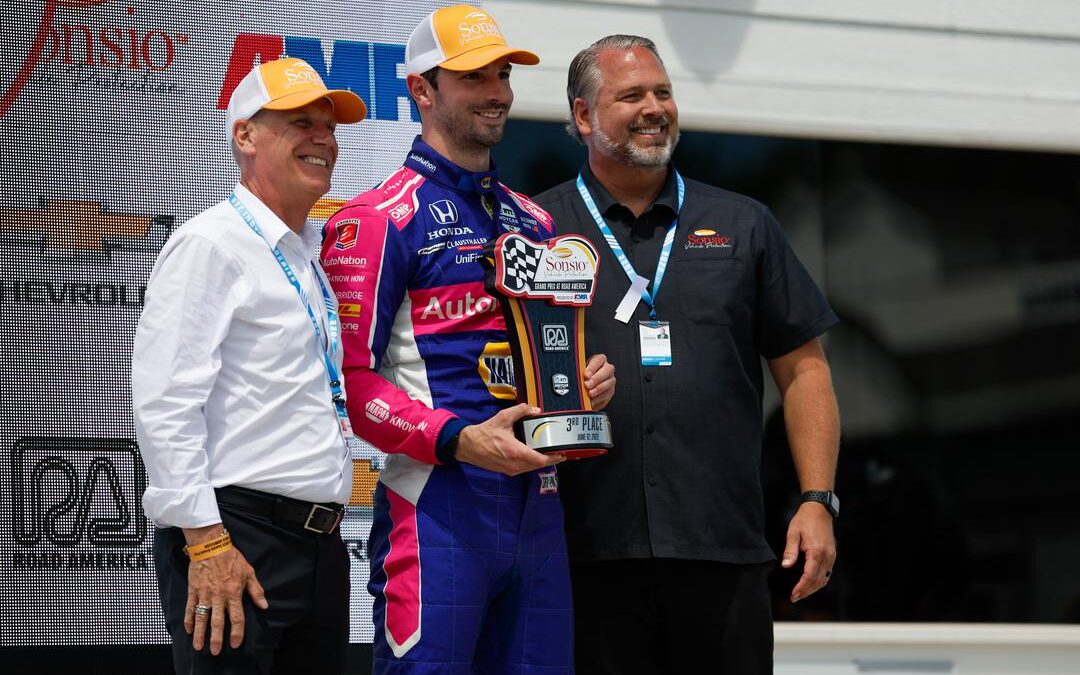 Rossi’s third place was his second podium in a row following his second place finish in Detroit.

It was a generally good day. I think Josef (Newgarden) had a little bit better pace than us. I think we were the second-best car. I got aggressive on the last restart just to do something and overstepped a little and I let Marcus (Ericsson) go past. I don’t know that we would have been able to win. We got held up a little bit with Scott McLaughlin coming into the pits when we were trying to leave during the first sequence. From then on it was really just about closing the gap to Josef. A little disappointing but all-in-all I think it was a positive weekend for a lot of reasons.”

Romain Grosjean in the No.28 UniFirst DHL Honda started the race from sixth place and came home in fourth place just behind his team-mate Alexander Rossi.

The balance was a little bit all over today with the different tires and different track temperatures, so we worked to maximize the package that we had. It wasn’t as easy as it was last year, race-wise, but the guys did a good job on the pit stops. The strategy was the right one. I actually saved some push-to-pass for the end. I almost got Alex on the line for P3 – that would have been fun. But a decent race, just need to find a bit more front grip on those tires. We’ve done a good job all weekend though.”

Colton Herta in the No.26 Gainbridge Honda started the race from P11 and came through the field to finish the event in sixth place and speaking following the action he said:

“I thought we did a really good job. We started 11th and were up to fourth at one point – and Romain got us at the end. I’m happy with fifth after where we started. A nice little resurgence from the team this second half of the season. Indy was really good for Rossi, and we had good cars in Detroit again. And then to come here and have great cars – it seems like we are on the upward spiral and it’s great to be part of it. It hurts that we had to take the penalty but it’s the right thing to do. We took it here and still got a top-five, and now we can go fight and play in Mid-Ohio.

Devlin DeFrancesco had a tricky day as he was handed a stop and go penalty for contact with Team Penske’s Will Power while he was also handed a drive through penalty for a pitlane speed violation.

Speaking after finishing the race in 18th, the Canadian-Italian said:

It was a perfect drive from us. We had a great start and a great car. We were up to, I think, 14th from 21st. We were slicing and dicing through people. In the incident with Will Power, I had a great run on him out of Turn 1, then he shoved me off the track into Turn 3 then going into Turn 5, he moved to the inside. I then went to the outside because I saw him coming back over so I went to dive on the inside and we made contact, then we got the penalty. INDYCAR made the call they made, that’s the way it goes.”