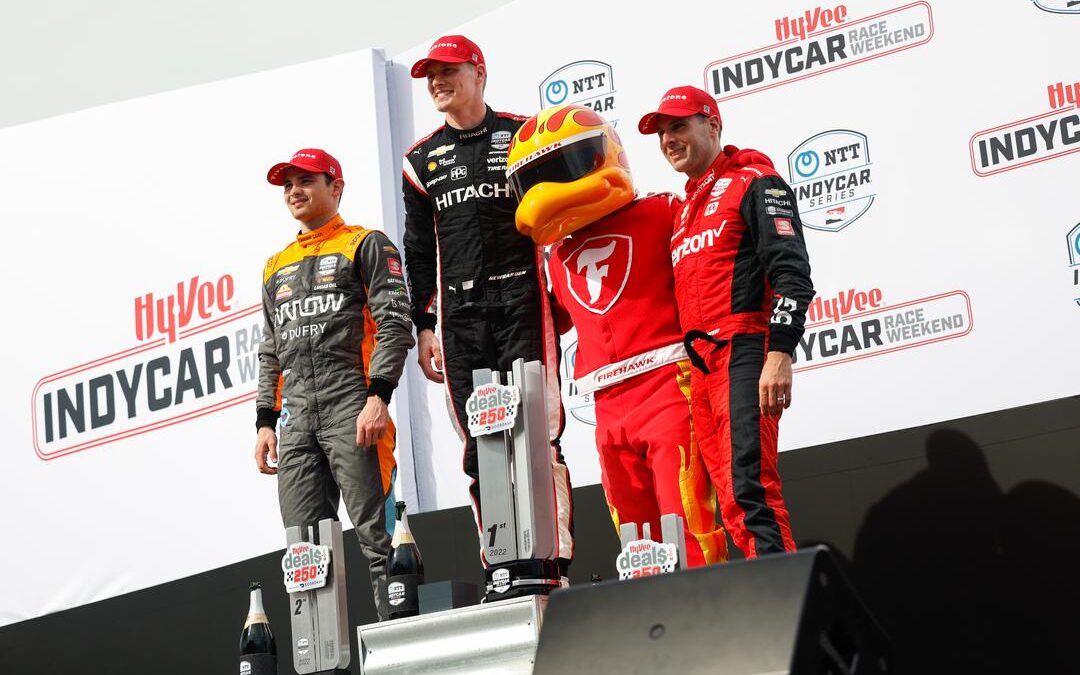 Arrow McLaren SP scored their second successive podium finish in Iowa on Saturday during the Hy Veedeals.com 250 presented by DoorDash as Pato O’Ward came from fourth on the grid to finish the event in second place.

Today was a good day for us, we came out with a P2. It was quite close there in the end to fight with Josef [Newgarden] for P1, but I think this is a great result for us to work forward from tomorrow. We’ll try and give Josef a harder time and go one spot better.”

Felix Rosenqvist was left disappointed as he retired from the race after a heavy hit and speaking following the action he said:

I’m feeling fine. I was very free that entire first stint, and it was even more in the second. After 30 laps or so, I knew it was going to be a tough end of the stint and I was already maxed out on my tools. A couple times I felt it in Turn 1, and the last time through it was too much to save.

“It’s unfortunate because we were running well. We weren’t slow, just free and the Arrow McLaren SP Chevrolet was really quick. I’m glad that Pato had a great race. We will come back strong tomorrow.”

“A mixed bag for us today, we’re certainly happy to see Pato back on the podium again. We’ve had a lot of success here in the past; he loves racing here and it showed today. We had a really strong race today and a really strong performance in the pit lane from the No. 5 Arrow McLaren SP crew.

“It was unfortunate Felix’s day ended in the wall, and we’re happy to see him walk away and be cleared to drive tomorrow. The men and women are working hard to fix the car now, and we’ll be totally fine tomorrow; we’ve got a small install period to double check everything. The No. 7 Arrow McLaren SP Chevrolet will be ready to go tomorrow. We’ll improve both cars and put ourselves in a position to fight for a win again.

“We’re super excited about Pato’s result today and the crew’s doing a great job to get us back in the fight with Felix, we’ve got a lot to play for tomorrow.”