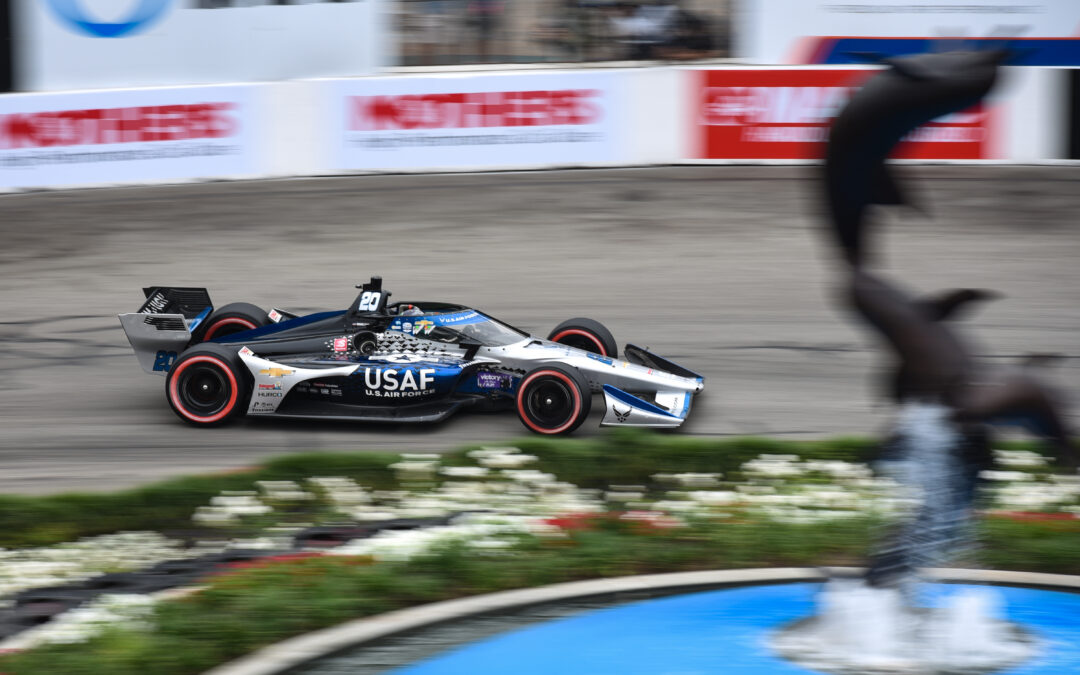 Conor Daly has confirmed reports that the U.S Air Force has decided to end their involvement as a sponsor in the NTT IndyCar Series and stated that he is working with team owner Ed Carpenter to come up with a plan for the 2022 NTT IndyCar Series as he has other sponsors.

The U.S Air Force had been involved with Dsly since 2018 when Daly drove for Daly Coyne Racing.

The served as primary sponsor for Dsly at Andretti Autosport for the 2019 IndyCar season-ending Firestone Grand Prix of Monterey at WeatherTech Raceway Laguna Seca.

The U.S Air Force served as Daly’s primary sponsor at the 2020 Indianapolis 500 while sponsoring the Indiana-native for ten races in 2021.

In confirming the news on Twitter on Wednesday, Daly said:

Sadly this is true. We’ve had an incredible run together with @USAFRecruiting but sometimes the numbers just don’t line up. Business is business! It’s been an honor to represent for them. They reignited my Indycar career. Still have a lot of things cooking for 2022. #AimHigh https://t.co/WQLqkJvtTL