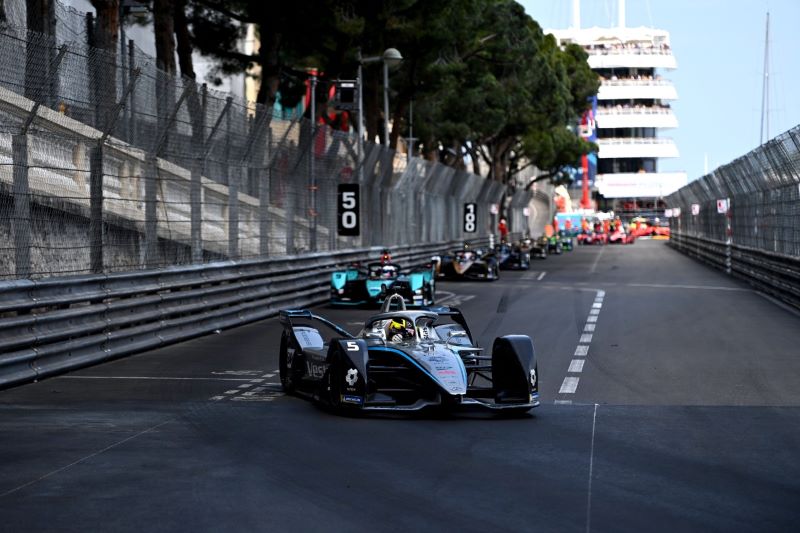 Mercedes EQ Team’s Stoffel Vandoorne has taken the lead in the ABB FIA Formula E World Championship after taking victory on the streets of Monte Carlo for the Monaco ePrix. The Belgian, who used to race for McLaren in Formula One took the lead of the race on Lap 16 after race leader Pascal Wehrlein for TAG-Heuer Porsche was forced to retire with technical issues.

Vandoorne made good use of a mid-race yellow flag and safety car to take victory ahead of Mitch Evans and Jean Eric Vergne and speaking following the race he said:

It is an amazing feeling, I mean Monaco is always a special race to win as a driver. Last year we had a tough time here, this year we managed to turn it around. The target was to qualify at the front and then I knew we would be in the mix, and that is exactly how the race panned out. We were flying today, massive well done to the team for giving me a strong car. It has not been an easy start to the season, but it shows the consistency we have. I am extremely happy.
“I feel like I have been fighting at the front all season already, I have had a few pole positions and have not quite been able to convert them into victories. This weekend I decided not to qualify on pole and get the victory instead.

Mitch Evans was happy with his podium for the Jaguar Racing team and speaking following the race he commented saying:

“It was a confusing race because I felt we were looking really good on the energy, obviously off the back of Rome but also approaching the race. We thought we were pretty conservative, so were not expecting to use much energy, but it was the complete opposite. This is something to look into, maybe we just got things a bit wrong today – but we were quite lucky to get second, so I will take that. I really wanted to win today off the back of pole and the wins for us at the last race, but Stoffel and the other guys were really quick. So I will take these good points and move on for the next race.”

DS Techeetah’s Jean-Eric Vergne rounded out the podium and speaking following the action he said:

“It was a good race but I was unlucky on the second attack mode, I had a struggle with full course yellow so it was a waste. Obviously I would rather fight for the win today but I am going to take those points. I’ll keep pushing hard, I’ll keep hard working and move forward.”

Robin Frijns came home in fourth place while Antonio Felix da Costa made it two DS TECHEETAHs in the top five, with Lucas di Grassi coming home sixth for a solid haul on home soil for ROKiT Venturi Racing – though Edoardo Mortara retired late on having run much of the race alongside his teammate in the points.

“It was a good weekend overall. Considering where we were at the beginning of the season, we’ve made some significant steps forward. We’ve still got a lot to work to do following this race, and the fact that we finished where we did with the few problems we had, was pretty good actually. Our pace in Qualifying has improved also, so we just need to dial in on our race pace and adapt the car a little. If things had gone just a bit more my way today, we could have had some points, but overall, I’m pretty happy.”

Oliver Turvey qualified in 21st place and came through the field in P14 and speaking following the action he said:

“It was a somewhat difficult day for me. We tried some new things in practice but struggled in qualifying. The start of the race was going well, and I was able to save a good energy buffer to the whole field. Unfortunately, after the safety car was deployed, energy saving was reduced for everyone, so despite having this extra energy myself, I wasn’t able to use it. Although a frustrating race, we made some progress and learnt a lot today, so we’ll keep pushing to improve for Berlin.”