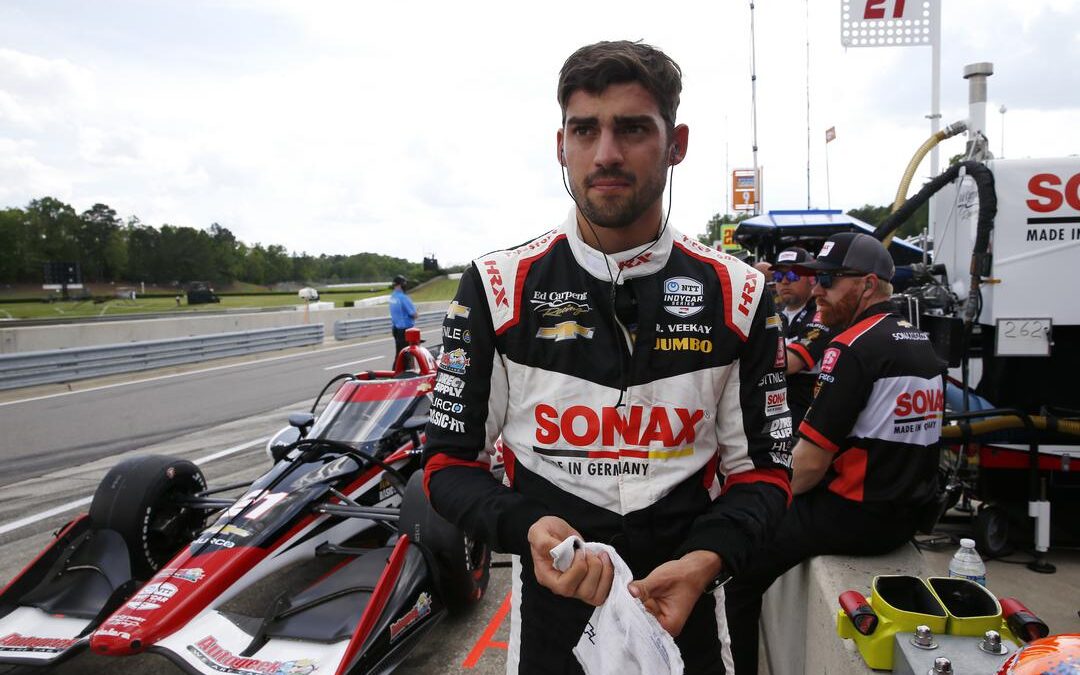 Ed Carpenter Racing’s Rinus VeeKay in the No.21 SONAX Chevrolet was fastest in the morning practice on Saturday at Barber Motorsports Park as he set a time of 01:05.9264s and speaking following the action he said he is happy. Being fastest is enjoyable he said.

Pato O’Ward was second for Arrow McLaren SP while Colton Herta was third while Scott McLaughlin was fourth just ahead of Romain Grosjean.

Alex Palou the defending race winner was 6th just ahead of Marcus Ericsson and Scott Dixon who said the team found an issue with the No.9 PNC Bank Chip Ganassi Racing Honda that they tried to solve but that overall the car feels good.

Callum Ilott had another strong session for Juncos Hollinger Racing in ninth while Jack Harvey rounded out the top ten for Rahal Letterman Lanigan Racing in the No.45 Hy-Vee Honda.

Josef Newgarden in the No.2 PPG Chevrolet was 11th  Graham Rahal was P12 in the No.15 Honda just ahead of Conor Daly and Kyle Kirkwood who did a great job for AJ Foyt Racing in P14.

Christian Lundgaard was 15th for Rahal Letterman Lanigan Racing just ahead of Will Power who brought out a red flag due to spinning and putting his car in the gravel but kept it going.

David Malukas was 17th in the No.18 Dale Coyne HMD Motorsport Honda just ahead of just ahead of Felix Rosenqvist and Declin DeFrancesco while Alexander Rossi was 20th after his accident early in the session with Andretti crews working together to put the new engine in his No.27 NAPA Auto Parts AutoNation Honda.

Helio Castroneves was 21st just ahead of Takuma Sato and Jimmie Johnson in 23rd place in the No.48 Carvana Honda.

Dalton Kellett was 24th just ahead of Simon Pagenaud while Tatiana Calderon rounded out the order in 26th for AJ Foyt Racing.