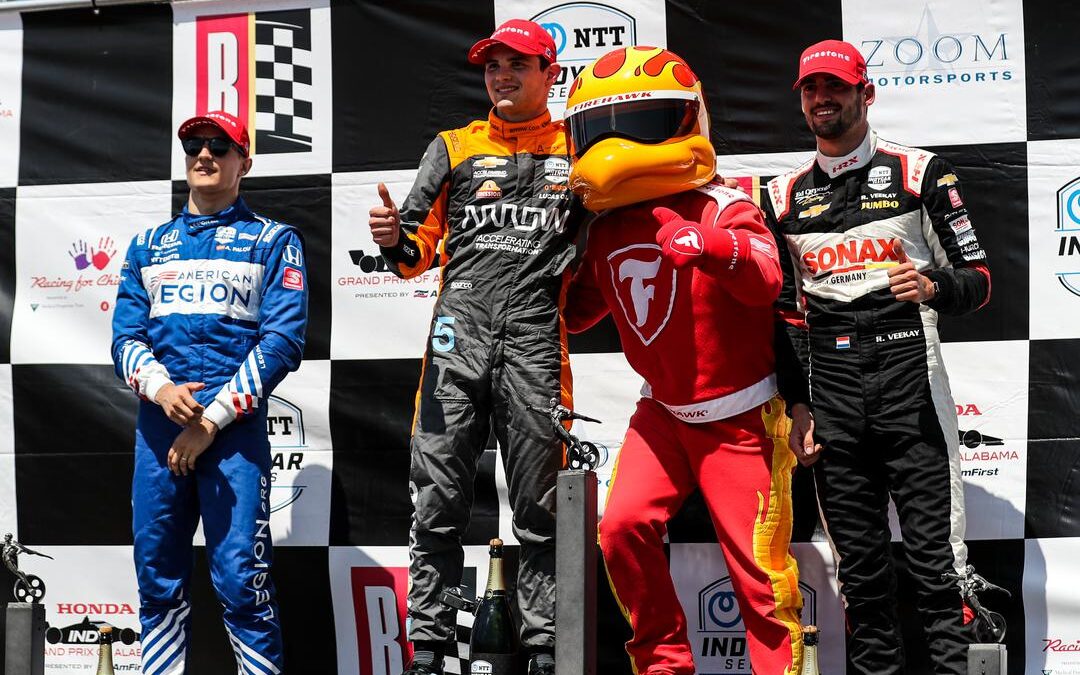 Ed Carpenter Racing’s Rinus VeeKay in the No.21 Sonax Chevrolet started Sunday’s Honda Indy Grand Prix of Alabama at Barber Motorsports Park from pole position following a dominant performance on Saturday and had a really solid race on Sunday before losing out on the victory following a poor stop during the final round of pitstops and finished the race in third.

“It was going really well. The SONAX car was really super fast even saving fuel. Then that last pit stop I was a little too on the brakes turning into five and that’s where he (Pato O’Ward) got me. Then I lost some time and Alex Palou got me and we dropped to third. Normally I should be the happiest guy on earth with a podium, but…but we are headed to the Indy Road Course and that’s been good for us, and then the 500. I feel ready and excited to get there.”

Conor Daly in the No.20 Bitnile Chevrolet had a difficult race as he came home in 19th place and speaking following the action he said:

It was a tough race today. Obviously qualifying yesterday hurt us as it would have been good to start farther up. But now we’ve got the month of May coming up and we’ve been fast on both the road course and the oval at IMS, so we’ll focus on that now and get this BitNile Chevy back towards the front!