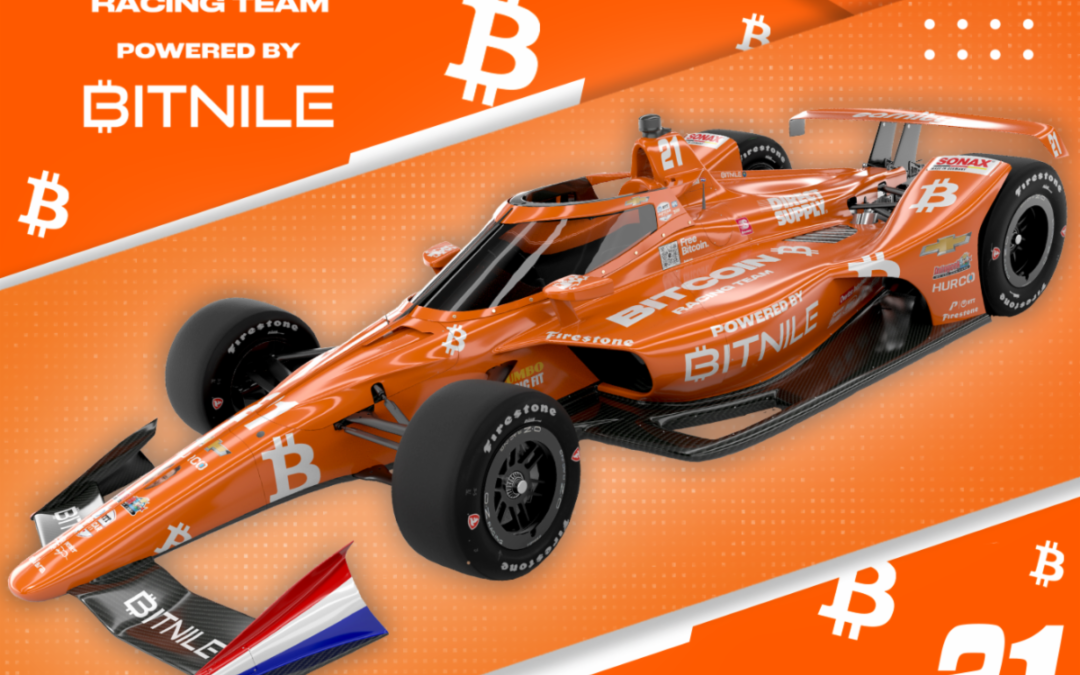 Ed Carpenter Racing announced on Tuesday that fresh from his pole position and podium at Barber Motorsports Park, Rinus VeeKay will compete in the No.21 Orange Bitcoin Racing Team powered by Bitnile Chevrolet for the 106th running of the Indianapolis 500 presented by Gainbridge which takes place on Sunday. May 29.

Bitnile gave Rinus VeeKay the opportunity to design his livery for the 106th running of the Indianapolis 500 and he has gone for an orange car to pay homage to his native Netherlands, The car itself is eye-catching and will be hard to miss in the field of 33 drivers.

The Bitcoin Racing Team was a natural home for BitNile. “With the goal of becoming a top 10 North American miner of Bitcoin, it made sense for BitNile to give Rinus VeeKay and ECR this opportunity. The fans loved the Bitcoin car last year and now it’s going to be even better with a QR code that will let them earn FREE Bitcoin. “I believe all three ECR entries have a real opportunity to win this year’s Indy 500. We are offering a special Bitcoin incentive to any ECR winning driver and the entire team if successful!”

I have always dreamed of racing an orange car in the Indianapolis 500, but I never imagined I’d get to design it myself!” “I am very grateful to Todd Ault and BitNile for allowing me this opportunity, it is so cool. We incorporated many things for the Dutch fans and I hope they love it as much as I do!”

VeeKay will turn his first laps in the Bitcoin Racing powered by Bitnile Chevrolet exactly one week from today when practice gets underway for the Indianapolis 500 on Tuesday, May 17.