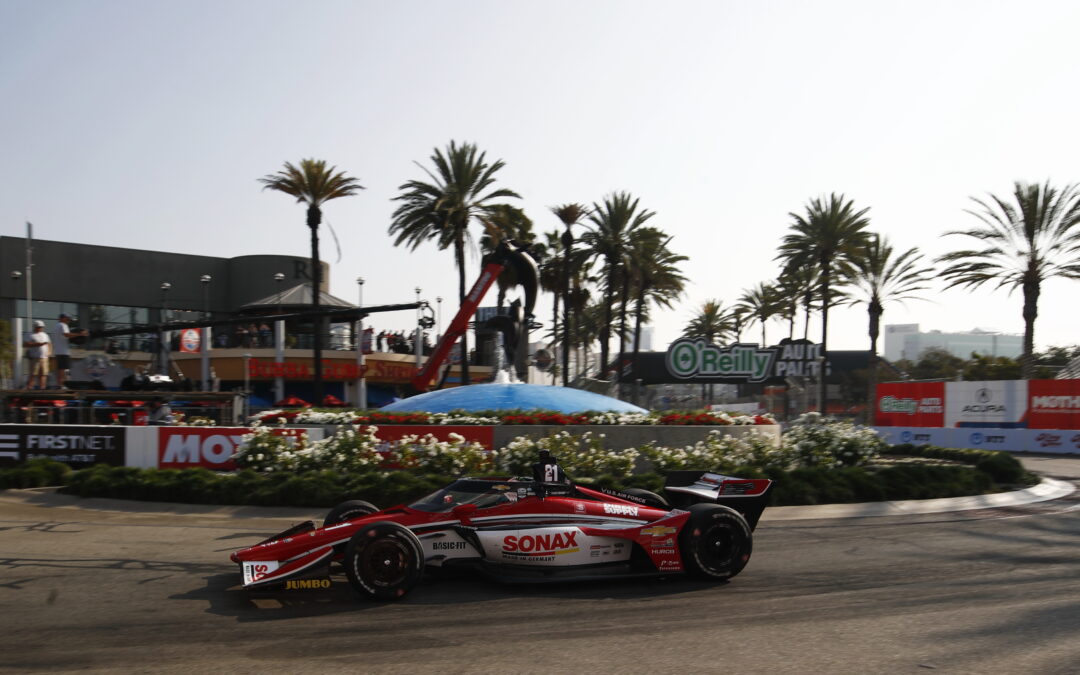 Ed Carpenter Racing announced today ahead of the season-ending Acura Grand Prix of Long Beach that Dutch driver Rinus VeeKay will remain with the team for a third year in the NTT IndyCar Series in 2022.

VeeKay who made his debut with the team last season has had a great year in 2021 claiming his maiden victory earlier this season at the GMR Grand Prix of Indianapolis on the Indianapolis Motor Speedway road course.

Speaking about the news, VeeKay who will roll off from 24th place commented saying:

I am very excited to have another season with Ed Carpenter Racing! We made so much progress this year, I had my first win in IndyCar and made many great memories. Next year, we can be better than we’ve ever been!. “We want to be championship contenders, to go for even better results, more frequent wins and podium finishes. The atmosphere at ECR is perfect for that, it feels like a group of friends who are eager to work hard for strong results. I am excited to continue that in 2022 and not having anything change!”

I am very happy that Rinus will be back behind the wheel for ECR in 2022  “Rinus has continued to show that he has the talent and work ethic to be a champion and that’s the goal of our team. We look forward to more success next season!”

VeeKay went on to say:

I want to thank Ed Carpenter for giving me the opportunity to drive for another season! Ed was the one that gave me the chance to be able to prove myself in IndyCar and I am very grateful to him, “Thank you to Tony George, Stuart Reed and the entire team, every single person who makes this possible. I am the one driving, but there is a whole team behind me working day a night to give me a good, reliable car. I also really appreciate the support of ECR’s partners, including SONAX and Direct Supply, for allowing us to work hard, improve and take a big step forward this offseason.

I was actually quite happy with the car we had after Practice 2. We had made good improvements, but in qualifying, we struggled to get the grip we needed. Very unfortunate, but I like passing and I like street courses – this should be helpful for tomorrow! I am looking forward to the race, we have some new ideas and things to try. Hopefully it’s a good day!”