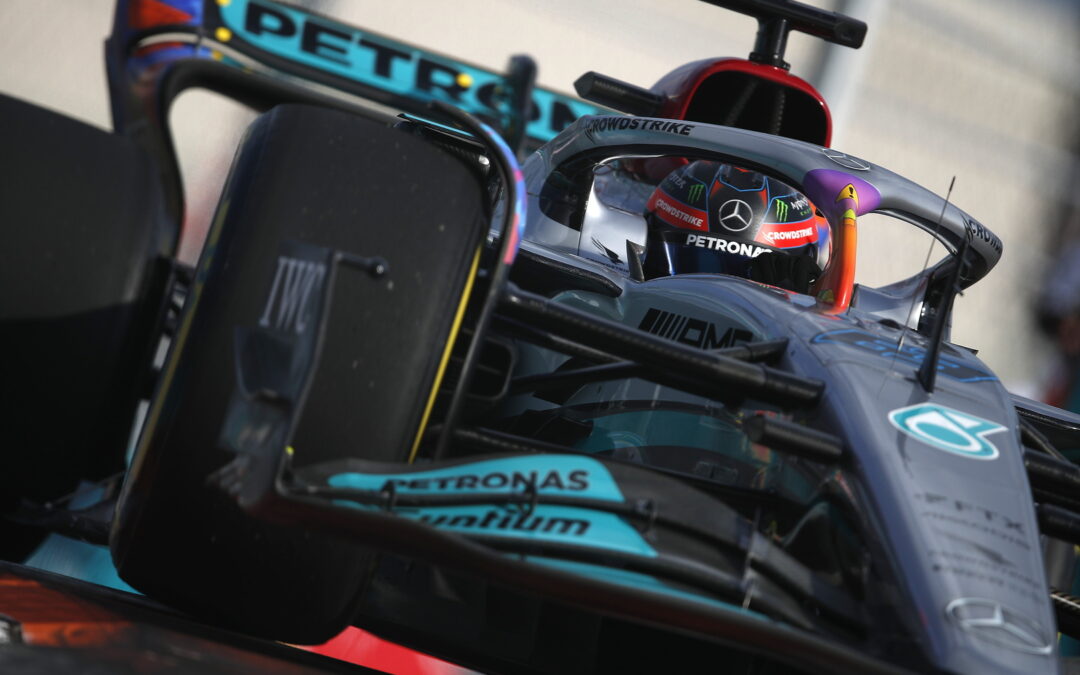 The Mercedes AMG PETRONAS F1 Team’s George Russell was the pace-setter at the conclusion of Friday’s second practice session ahead of Sunday’s inaugural Miami Grand Prix.

The Englishman set the fastest time of 01:29.938s and speaking following the action  he said:

We always knew that the warm conditions here in Miami would suit our car better – we’ve suffered with getting temperature in the tyres at previous races so that’s a big factor here. The car is running well but it’s only Friday, we’re not getting carried away. It’s probably been the most productive Friday we’ve had this season in terms of learning. We know that the porpoising will always be there but maybe it’s working at a lower range compared to where we were previously. You generally have races that go in your favour and some that go against you – Imola obviously wasn’t a strong circuit for us but from what we’ve seen so far, the car seems to work well around Miami. It’s a unique circuit, I was a bit unsure how I would take to the slow-speed tight section underneath the bridge, it’s a bit of a head-banger through there, but for the rest, they’ve done an amazing job – undulating in sections, with high-speed corners, I think it’s great for the fans.

Lewis Hamilton was fourth fastest and speaking following the action he said:

Today is just practice and everyone is doing something different, not showing their true pace, so we won’t get carried away. The car feels similar to me but we seem to be quicker and we’ve obviously improved in places. We still have the bouncing so we haven’t cured it but bit by bit, we’re improving the car. The race is going to be tough, particularly with the tyres overheating and it’s very hot for the drivers, I’ve already lost a couple of kilos today. The heat reminds me a little bit of driving in Malaysia – Kuala Lumpar is still number one in terms of the heat, then Singapore, and now here in Miami. There are positive elements to take from today, George looked great out there and the team are trying a lot of different things with our cars, so we’ll converge and hopefully take another step forward tomorrow.

A busy but encouraging day, a few red flags interrupted our programme but we managed to get through most of the work. We had a few aerodynamic updates to try here which we are still assessing but overall, we look to have made some progress. In terms of set-up, we had some comparisons that we have been running throughout the day across the cars and initial results look interesting. We’ll do a bit more analysis before deciding what we carry into tomorrow. There’s plenty for us to improve with the car balance, tyre overheating is also quite an issue, and the sessions around the middle of the day are very hot so keeping the rear tyre temperatures under control is a challenge. Those will be our main areas of focus to try and improve. There will also be chunks to find working on single lap balance and also the ride, there are a couple of notable bumps here that unsettle the car, but overall it’s a solid start, especially compared to our recent Fridays.