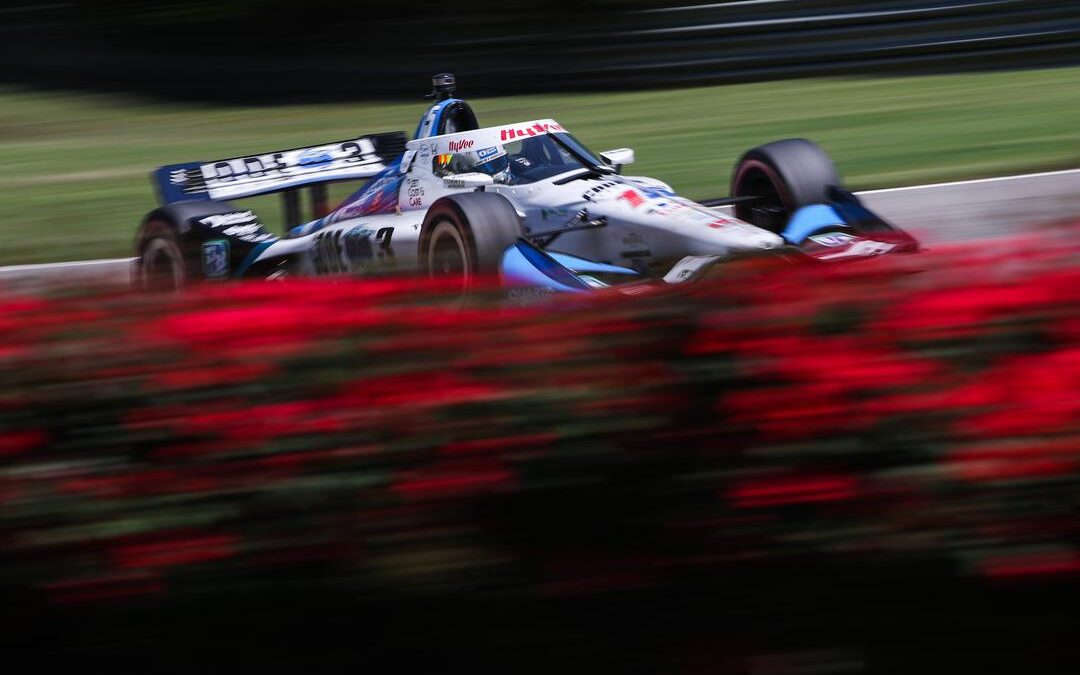 Rahal Letterman Lanigan Racing’s Graham Rahal in the No.15 Fifth Third Bank Honda heads into this weekend’s GMR Grand Prix aiming to move on from a disappointing race last time out at Barber Motorsports Park.

Rahal goes into the race hoping for another strong race at IMS following a fifth and seventh-place finish on the road course  here last season and speaking ahead of the race he said:

We’re ready to go in the GMR Grand Prix. There was clearly a lot of frustration at Barber. Obviously, everything with Grosjean, we just have to move forward. We’re excited for the opportunity we have here at the Indy Grand Prix. We’ll be back in the Fifth Third Bank car and hopefully get another great result in May. My first race on the Grand Prix track at Indianapolis was in Formula BMW. I quickly came back a couple of years later and raced Indy Lights there on a one-off with the Formula 1 weekend, which was pretty cool. And obviously, I’ve been racing INDYCAR there for many years. I’ve had a lot of success at the GMR Grand Prix. I haven’t won the thing yet, but I finished up front a couple of times, finished second. Clearly, we’d like to get a win. Last year I finished fifth in Race 1 and seventh in Race 2. Overall, we’ve been very competitive, overall had two really good results but we have high hopes. Every time we go to the GMR Grand Prix as a team we expect to be up front. With Jack, with Christian, with myself you have three guys that have been very good at that track. Jack in particular has always qualified right up front there. He’s always had a very fast race car so we are going to lean on him too to try and improve our baseline and make us a bit more competitive.

Christian Lundgaard in the No.30 Shield Cleansers Honda will return to the Indianapolis Motor Speedway road course, the track where he made his NTT IndyCar Series race debut here last season the August race here and speaking ahead of the race he said:

I think coming back to Indy road course, which I raced on last year, is only a positive because we were very competitive at the race last year so that itself is a positive. I come in with no pressure, we didn’t have the performance so far this year that we wanted to, but we know we have a good baseline from there last year which puts pressure on me especially, but I like pressure. The more pressure the better because it’s a positive thing when people expect stuff from you. The experience from last year definitely helps with this year.
“My perspective on the approach from 2021 last year at IMS road course was to come in and enjoy, have fun, and gain experience. Most importantly have fun, because that was my initial thought leaving Denmark before coming over here. I’m pretty sure it’s going to be the same this year.  We know we have a good baseline from that race last year so when we come in this weekend we have a better starting point, and obviously it’s a good thing to have the experience from last year.
“I think the experience from last year is going to help us start in the best possible position. I think I was P7 in practice last year before heading into qualifying. I’m hoping this year to make it P1 in all sessions, make a grand slam or something like this. But the experience from last year helped us for this season to come in with a better starting baseline.

Jack Harvey in the No.45 Hy Vee Honda returns to track where he earned his first NTT IndyCar Series podium with a third place in 2019 and looking ahead to his first race at the IMS road course with Rahal Letterman Lanigan Racing saying:

The Indy GP is always a track I’ve gone really well at. I’ve always just really enjoyed driving the road course at IMS. Why does it suit me? I don’t want to give that away, I feel like I really understand what that track requires from the team, what it requires from the driving side of things. From the moment I did my first laps at IMS on the road course it’s just really suited me pretty well, and I’ve had a lot of good success there so far but also we haven’t won yet and that is going to be the goal this coming weekend.
“Indy has been probably my most successful track so far, it’s this place where my first INDYCAR podium came. I’m equal to my best start in P2. I think just the momentum that as a team we were able to create from Barber was really great, and hopefully that’s going to just lead into a successful Month of May. I think heading away from Barber and coming towards Indy we were pretty clear on what we want to improve on. This is where I hope in a weeks time we look back at these videos and go – oh it was my best career finish, there’s been a 3rd but now we’ve done better than that. Really excited to get back on track there again, I just always love driving the circuit, I think it’s one that has been traditionally good for me, obviously everyone saw how good Christian was there, and I’ve also had some great battles with Graham at the GP so honestly at this point just looking for a really successful weekend.
“Obviously, it goes without saying, a good GP can lead into what is hopefully the start of a fantastic Month of May. Ultimately, we will take everything as it comes. It’s not my first rodeo, I’ve done a few of these now and I understand the eb and flow of the month and how things can go. But ultimately, I just want to keep a level head no matter what is happening, and just keep chipping away day by day and keep working at it. Really excited for everybody at Rahal Letterman Lanigan Racing, but also really excited for the #45 Hy-Vee Honda and what I think we can achieve this month.