We Are Thrilled To Introduce Guayule Rubber This Weekend 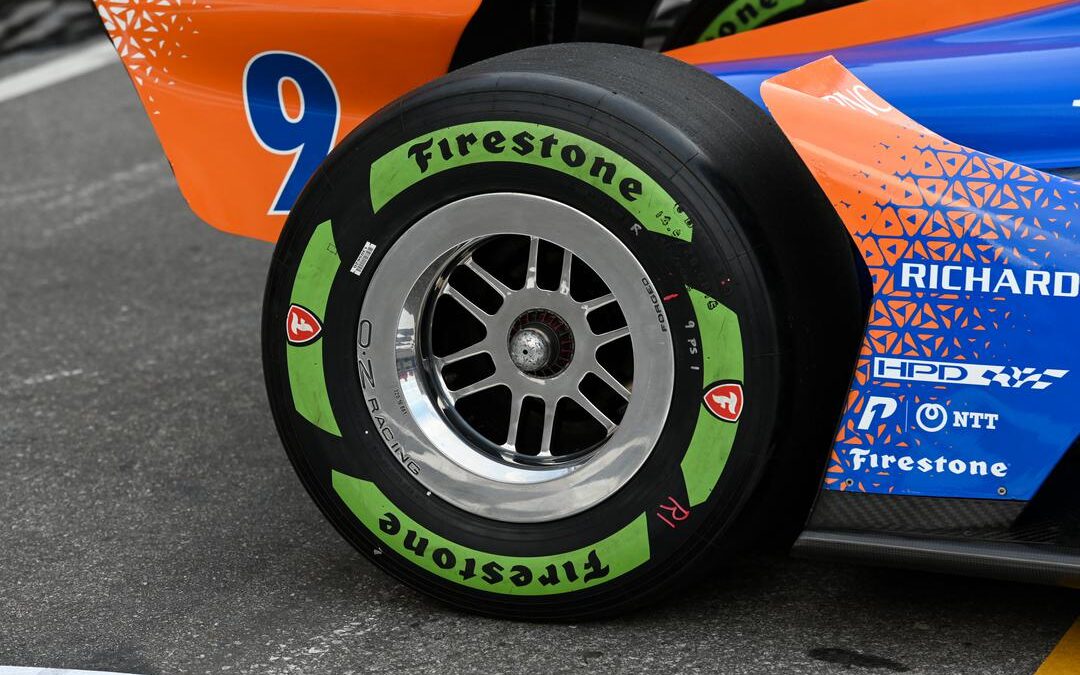 Bridgestone Americas Motorosports Director of Race Tire Engineering and Production Cara Adams says that Firestone Racing are delighted to be introducing their brand new Guayule race tire rubber for the first at this weekend’s Big Machine Music City Grand Prix on the streets of Nashville.

Following penty of testing and over $100 million in development funding the new tire is ready to hit the race track.

We are thrilled to be introducing guayule natural rubber to the NTT INDYCAR SERIES this weekend on the streets of Nashville. It goes back over ten years with an initial investment of over $100 million into the project. Guayule is a fast-growing shrub grown here in the United States and Mexico that produces rubber in about every area of the plant. Our Firestone Firehawk race tires made with guayule in the sidewall feature a green sidewall design that will replace our traditional alternate (red sidewall) for the Big Machine Music City Grand Prix. The thread compound is the same as the 2022 street course alternate tire. With these race tires made from guayule our IndyCar drivers can expect the same performance and durability as a traditional Firestone tire. The primary tire compound and construction are the same as last year’s street course tires. We at Firestone Racing are passionate about racing and motorosports and want to ensure fans can enjoy the sport we love for generations to come.