We Can Definitely Win From P9 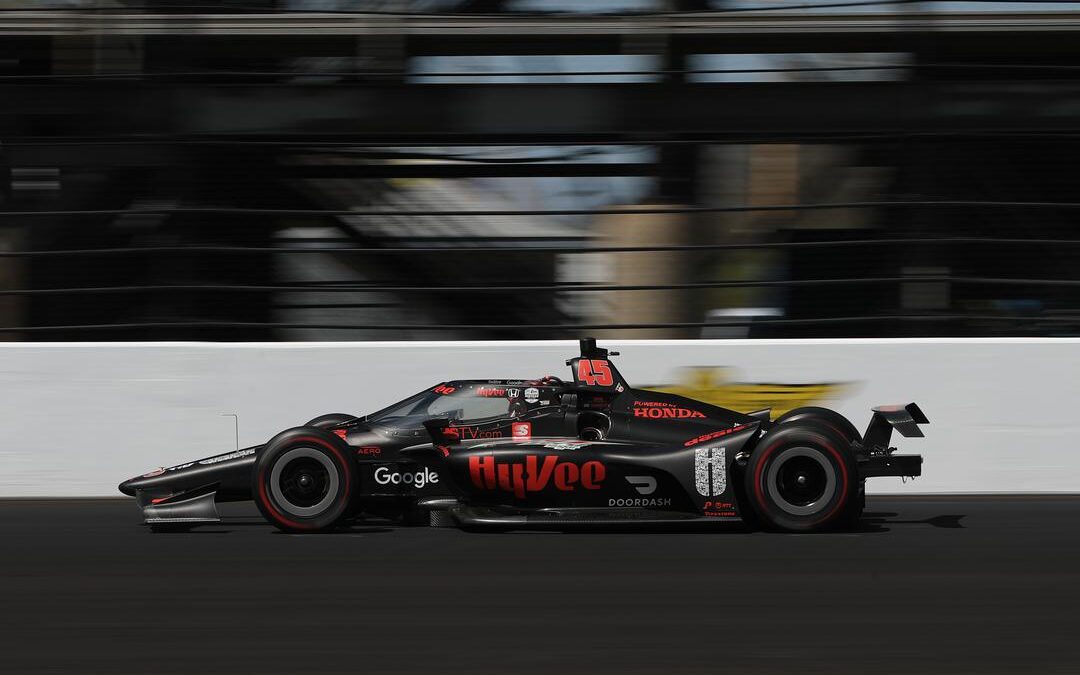 Rahal Letterman Lanigan Racing’s Jack Harvey in the No.45 Hy-Vee Honda says he believes he can win Saturday’s GMR Grand Prix of Indianapolis on the Indianapolis Motor Speedway road course from ninth place and although it is his worst qualifying performance on the IMS road course he is confident with the progress the team has made. Speaking following action, Jack Harvey said:

“It was a pretty solid qualifying session from us there in the #45 Hy-Vee Honda; we ended up P9. Christian was P8 just in front of me, and Graham in P12 so honestly a much better weekend for everyone at Rahal Letterman Lanigan Racing in regard to qualifying. All three cars transferred out of Group 1. We didn’t transfer out of Group 2 but we will work on that for the next one. I’m pretty happy with the teams effort.

Christian Lundgaard in the No.30 Shield Cleansers Honda starts P8, Jack Harvey starts P9 in the No.45 Hy-Vee Honda while Graham Rahal starts the race from 12th place and speaking following the action he commented saying:

Qualifying is complete here for the Fifth Third Bank car. Ultimately just a major mistake locking the right front brake going into Turn 12 on the opening of the lap, so I didn’t even get to push, didn’t even get to try. I’m pretty disappointed because not only does that affect us today, it also affects us tomorrow because that right front (tire) is dead, it’s gone, being flat spotted the way it is. This is a big red (alternate Firestone tire) strategy tomorrow so we need some rain, we need mother nature to help us out. Let’s see how it goes. I think the car got better; I’m still struggling with it personally this weekend but it’s better. We will see how it goes tomorrow

Qualifying is done here at IMS for the first Indy road course race of the season. I’m a little disappointed, I think we had the potential to be in the Fast Six, perhaps even all three cars, so it’s a little disappointing to be eighth, ninth, and 12th out there but the car felt good. The Shield Cleansers car has felt awesome all weekend, we had a good baseline from last year. We will build on that for tomorrow. We’ve got the warmup to build up for the race. I hope the rain will stop by at the end of the race to mix things up a little. But otherwise so far, I’m pretty satisfied with the day in general. It’s been a busy one.