We Did A Good Job Today Despite The Interruptions 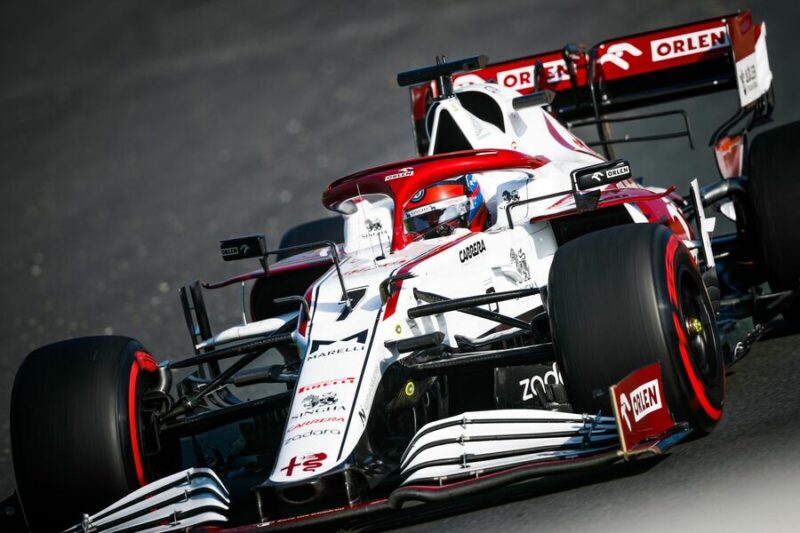 Alfa Romeo Racing ORLEN Formula One Team’s Kimi Raikkonen says the outfit did a good job on Friday, the opening day of action for Sunday’s Dutch Grand Prix at the Zandvoort circuit where he finished 16th overall despite a number of interruptions due to red flag periods.

“We did a good job today, despite all the interruptions with the red flags. It’s quite a different track from what we usually drive on, but it’s nice: it’s not an easy one to put a lap together but driving on something new is a good challenge, and the crowd really makes an atmosphere.. As always on a Friday, we still have to find a few improvements here and there: it’s normal and we can make a step forward for qualifying. The objective remains the same, to have a place in Q2 – we’ll see how it goes tomorrow.”

Antonio Giovinazzi ended the day in ninth place and speaking following his day in the car he commented saying:

“It’s been a positive Friday, this track is really cool to drive, especially with these cars. From the moment we arrive, it feels like a party and it’s a huge credit to the Dutch fans, they really welcomed Formula One back. The track is enjoyable but it’s not an easy one on which to put everything together: still, we did a good job and we’re satisfied with where we are, both in the race runs and on the single lap. Tomorrow, of course, is another day, but we had a good start and we can build on it: hopefully we can have a good qualifying as overtaking is not easy here, so Saturday’s result will be crucial. We will give it our best.”