We Have To Be Satisfied 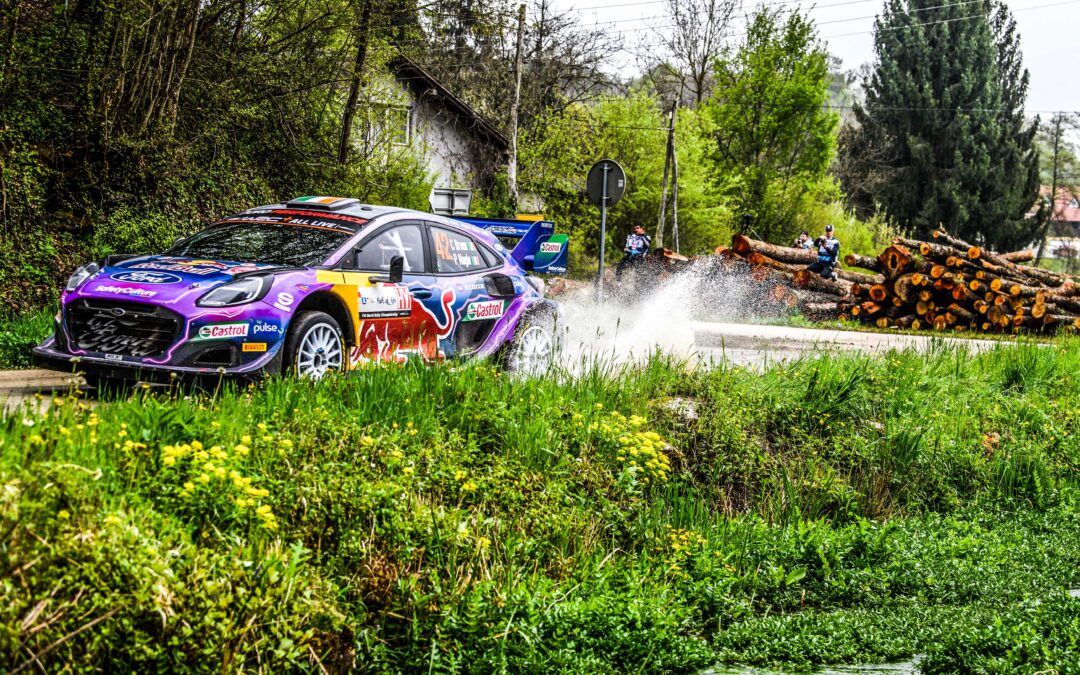 M-Sport Ford WRC Team’s Craig Breen says he and co-driver Paul Nagle have to be satisfied with their fourth place finish in Rally Croatia following s solid run over the weekend.

Obviously the weather made it an incredibly difficult weekend, but we made it through. For sure Paul and I learnt a lot, plus we managed to get some points in the power stage, and points for coming fourth. Unfortunately, a little mistake on the tyre choice on Sunday morning maybe ruled us out of a podium place, but apart from that we have to be satisfied.”

Gus Greenith suffered five punctures during the rally and speaking following the action he said:

The weekend started out well and we were fifth after Friday morning. Going into the afternoon, if we look at the splits and times for the rest of the weekend, I think that was a realistic position for us to have held. But unfortunately, we had a lot of punctures – five in total – which took us out of the running completely. We had some good speed, but it is disappointing to walk away from the weekend with no points.

Pierre-Louis Loubet ended the event in 47th place and speaking following the action he said:

We can be happy with the pace for this first rally with the team. To be able to fight with the guys felt good and in some stages I think we were close to doing our first fastest stage time. We need to continue in this way and this has been a great start to build our confidence.”

It was at the start of the rally where I lost control of the car due to some aquaplaning. It was a really unfortunate mistake and not the way I planned to start the rally, the approach was to get points for the team and get through what was going to be a tricky rally.

“I’m really sorry to the team and partners, and to all the fans who came out to watch.”

“I think we should be happy with some elements of our weekend. Craig has another strong finish seeing him lifted to third in the drivers’ championship, but the unfortunate punctures for both Gus and Pierre saw them unable to show the true potential of their speed. This weekend has seen the crews face some of the craziest conditions in the WRC for a long while, so I think getting points on the board is important for us as a team. We all know we need to improve in Portugal, but I think it’s an event all our drivers like, so for now, I would like to thank all the Croatian fans and organisers for another great running of this, quickly becoming iconic, event.”