We Have To Prove Everything All Over Again 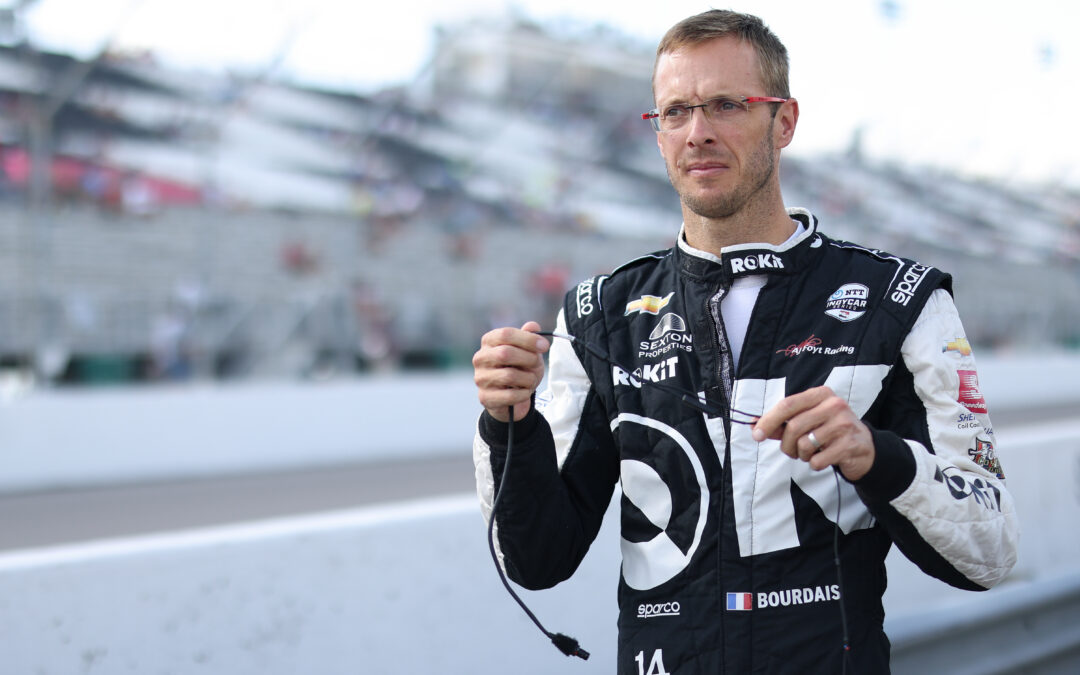 AJ Foyt Racing’s Sebastien Bourdais says that although his fifth-place finish at the last race in Gateway was a moral boost for the entire team, however, the Frenchman says that the result is now meaningless as they head to Portland this weekend as he says that they roll off the hauler having to prove everything all over again.

Speaking to Paddock Eye during a conference call on Wednesday, Bourdais said:

No, not really. I think the mood in the team is always very important, though. The morale of the troop was getting a little low, and you kind of need a bit of a boost every now and then, just some reward for your hard work. It was definitely pretty timely for us going into a bit of a break and just before a three-races-in-a-row stretch.

Yeah, I think it doesn’t really change anything as far as Portland is concerned because you unload and you’re just going to have to prove everything all over again and see where you land and how the car is, but yeah, it’s always nice to get a bit of mental momentum in the game in the next event.

Sunday’s race consists of 118 laps and when asked by Paddock Eye if the strategy will play an important role this weekend he said:

Yeah, I mean, this race can obviously be a race strategy that can be quite interesting. Fuel can often at times come into play. The nature of the track being a very short track, there are a lot of laps, and to save a lap, two laps, three laps is not out of the question.

Yeah, it’s definitely one of those races that’s been played out in fuel saving mode sometimes pretty aggressively. Surely ’18 was. ’19 there was some drama, as well. Yeah, I think it’s never really a boring race, and with the number of cars you increase the chances of these things happening, and I think we’ll be, what, 27 cars or 28 cars. So yeah, it’s definitely going to be one to watch.

Charlie Kimball will return to the team for the season-ending Acura Grand Prix of Long Beach in three weeks and speaking to us about the Californian’s return, Bourdais said:

Yeah, I mean, I think we seem to have a fairly competitive street course package. The car was fairly good at Nashville. Again, nothing that we could really show for.

But I think it’s always great to get another read on the car, what direction we’ve been heading. To be honest I don’t think we’ve really very much diverted from what he’s driven, which we kind of drifted towards the end of ’20, obviously, when we were teammates last year. So I don’t think he’s going to be super spectacularly shocked about where we’re at in setups. But yeah, it’s always great to get some different feedback, different datasets to look at.

It’s obviously a bit challenging and difficult when you just kind of come like this without a test to get back up to speed, but he knows his way around Long Beach, so I think he’ll definitely be a good addition to the team

This weekend’s race in Portland will be the first time that the NTT IndyCar Series has competed here with the Aeroscreen however, Bourdais does not think that this will be an issue for anyone saying:

No, not really. I mean, I think the car is just heavier and it’s a little bit more aggressive on tires, depending on the track. But overall I don’t think the cars have become harder in traffic with the aeroscreen. It’s just harder on tires.

On a track that’s already a bit rough on tires, it can still definitely not help. But for sure we’ve all kind of agreed that in many ways the addition of the aeroscreen is outweighing the little compromises that we’re seeing sometimes.