We Played The Long Game 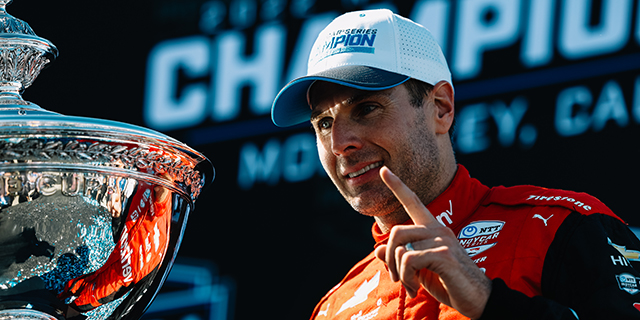 Newly crowned NTT IndyCar Series champion Will Power in the No.12 Verizon 5G Team Penske Chevrolet says it was a case of playing the Long Game from the start of the season.

From the beginning (of the season), it was just playing the long game, not necessarily going for the big wins and all that.

The Australian who beat his team-mate Josef Newgarden and Chip Ganassi Racing’s Scott Dixon to the championship went on to say:

Man, I had to drive the thing today. “It was on the edge, very loose. Man, what a relief. What a relief to get that done.

“It’s so surreal. In the offseason my wife said to me I believe you’re going to beat Mario’s record and you’re going to win the championship. It actually gave me confidence that I could do it. That’s how much confidence I have in her gut feel. I just couldn’t believe that they came true. I just knew I had to get the most out of those stints today and not lose any more positions. I had to drive the thing today. It was on the edge, very loose. What a relief to get that done. I can’t thank Verizon enough. They’ve been with me for close to 12 years now and without them I would never have had this career and obviously Roger Penske, the whole team and Chevrolet.”

You know, in a lot of ways, I’m proud. I think I’m overwhelmingly proud of our team. We came up short in the 2 car, but at the end of the day, the team excelled tremendously this year. Outside of Indianapolis, I don’t think there’s a team that was in touching distance to Team Penske.

I’m filled with a lot of pride because I think the world of everybody on this team, not just the 2 car, but everyone on the 12, everyone on the 3. We’re all very close. I’m sad for the 2 car crew, but I’m also elated for the 12 car crew because there’s a lot of really good people there, and really a win for one car is a win for all of us. Obviously, we’re all competitive, and we want to personally be the winners, but when we win as a team, it is big for everybody. I’m filled with a lot of pride

Scott McLaughlin in the No.3 XPEL Chevrolet finished the season in fourth place in the championship and speaking following the action he said:

“We were doing our best for the team there and just covering Dixon. Covering our bases just so we wouldn’t get jumped by Ganassi. Once we got clear of him for the last stop it was just all about passing cars and using our speed. The XPEL Chevy was so good, and the Chevy power was awesome. Great car — fantastic and we just picked them up one at a time and got to fourth in the points on the last lap. Really awesome!