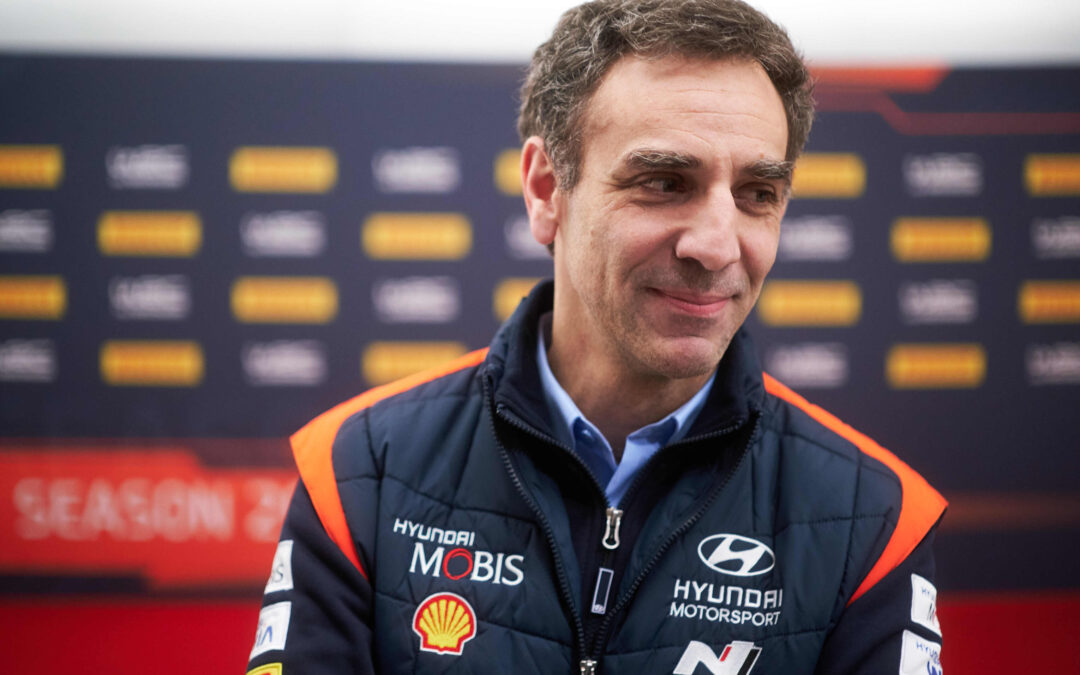 Hyundai Motorsport Team Principal Cyril Abiteboul says that the team should not lose sight of the fact they have a bigger vision for success for the season despite a solid start to the season in Monte Carlo where Thierry Neuville finished the event in third place behind the two Toyota’s. Speaking following the event, he said:

Third place is not a bad start, but we should not lose sight of the fact we have a bigger vision, fighting for wins and championship titles, so we must not get complacent. There has been lots to digest for myself and for the team; we have had strong drivers, encouraging moments, long days, and lots of work. A podium is nice but we’re still 45 seconds from the win. Ogier has been the benchmark all weekend and that should act as inspiration for us all to get stronger. We need to understand what we’re missing and come back with a response. Ultimately, we need more pace. We have tried to be more aggressive with the car set-up and in hindsight we should have done this earlier in the weekend, which might have given a better dynamic and more confidence to the crews. Thierry had a strong weekend, being decisive and smart with the team, his set-up, and the tyres. For Dani and Esapekka, it was a valuable learning weekend in tricky conditions. I have been pleased to see progress each day from both. Unfortunately, we had a recurrence of the hybrid issues on Dani’s car, so we need to understand from a team perspective what happened to avoid it happening again.

“I gave everything I could this weekend and while we would have preferred to be much more in the fight for victory, it is still a good start into a new season, especially compared to last year. The speed was not that great, but it also wasn’t too bad, so there’s no need to be too alarmed. We had more tyre wear that the others and even taking risks we weren’t in a position to match the lead times. We had to be clever, which we were, and we kept the car on the road. In the end, it’s great to be back on the podium in Monte-Carlo. Sweden will be an entirely different type of event and we should be in the game.”

Dani Sordo and Esapekka Lappi had a solid first event of the season as they came home in seventh and eighth place respectively and speaking following the action, Sordo said:

Honestly, this weekend has not been to our standards or expectations. We had a lot of problems with the hybrid yesterday, and again on today’s final stages. I know the team has done all it can to give me a car to perform better. It’s disappointing to have the problems, but we have tackled things well as a team and can look forward with some encouragement. I have enjoyed myself a bit more today and the times have also been better considering the issues – that’s a positive, at least.

We have gathered important mileage this weekend and made some steps forward. On tarmac, you need to be smart if you want to make the times faster. You must get the indication from the car that you can drive it faster. I think we did just that this weekend. We saw we were not on the pace, so we slowly developed ourselves and made some progress. We are now much better prepared for Croatia, the next tarmac event. There are just small details we need to work on to be as fast as we want to be. This is the trickiest thing because the level is so high, you need perfection to match the top times.”

Next up for the WRC is Rally Sweden where Craig Breen will be back in action for Hyundai.