We Will See What We Can Do Tomorrow 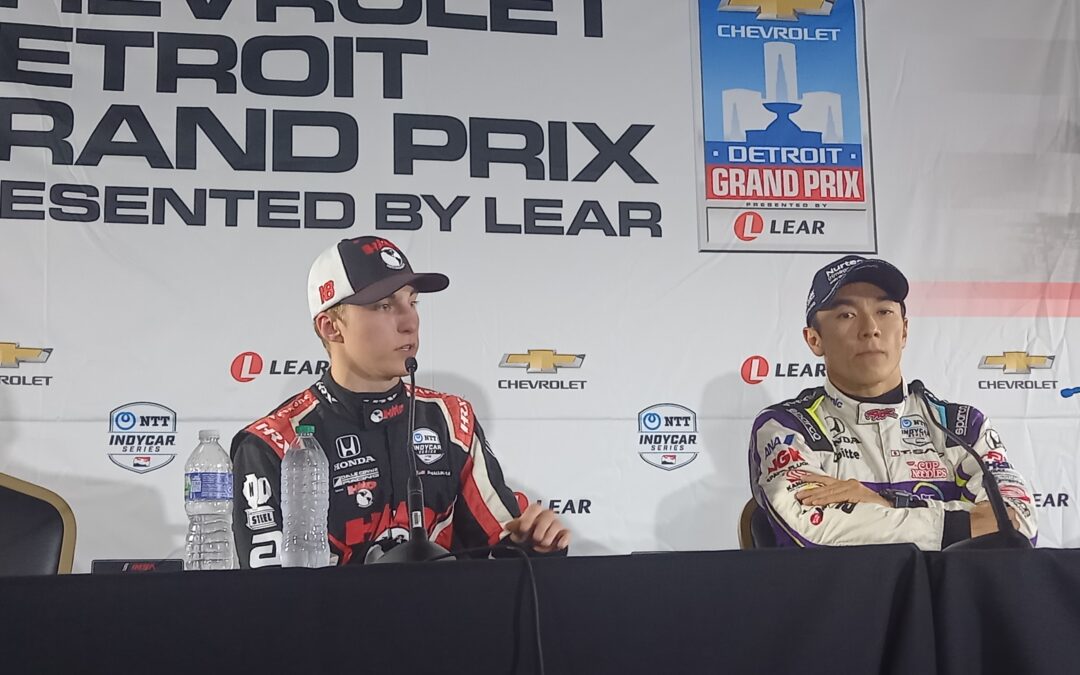 Dale Coyne Racing’s Takuma Sato and David Malukas say that they will see what happens in Sunday’s Detroit Grand Prix on Belle Isle as they start the event from second and sixth place respectively.

Sato and Malukas said that while the car is competitive they won’t know where they are at until final warm up on Sunday morning ahead of the final Belle Isle Detroit Grand Prix.

Malukas and Sato said that in the changing conditions throughout the weekend they have had a great car and they want to make sure that can be competitive in the race on Sunday.

They want to make sure that the car runs well in traffic and in dirty air.