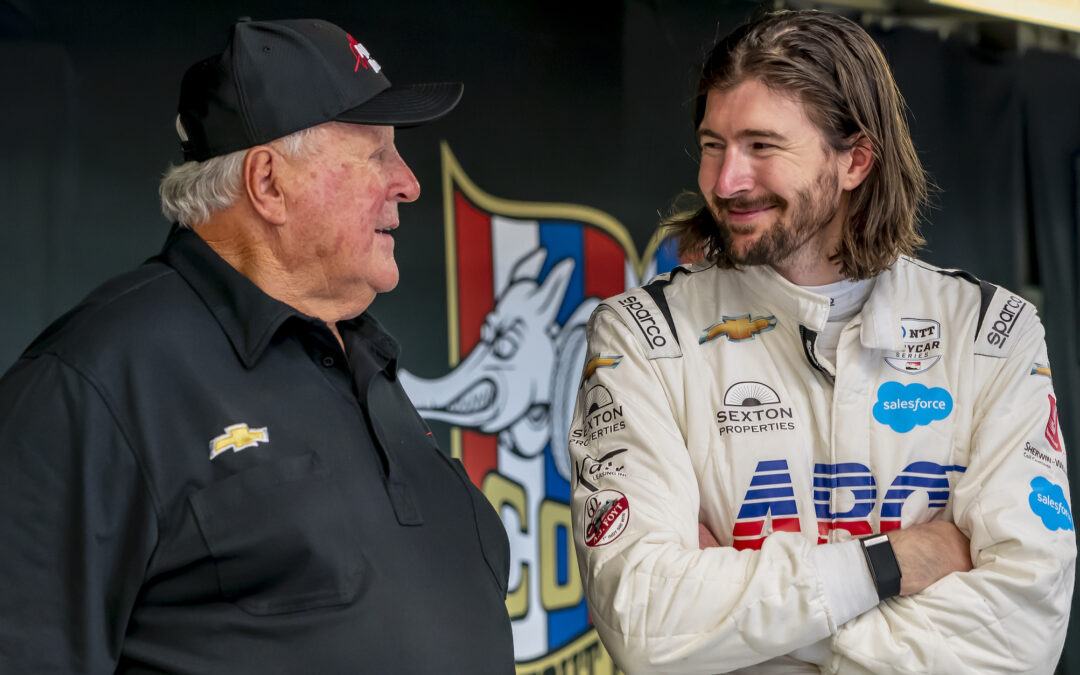 AJ Foyt Racing’s J.R Hildebrand, driver of the No.11 ROKiT Chevrolet for oval races during the 2022 NTT IndyCar Series season says that he is not using next weekend’s XPEL 375 at Texas Motor Speedway as a warm up dor the month of May and the Indianapolis 500.

It was announced on Friday that the Californian will compete in all of the oval races for AJ Foyt Racing in the No.11 ROKiT Chevrolet alongside Kyle Kirkwood and Dalton Kellett. Speaking to Paddock Eye during a conference call on Friday, Hildebrand said that he will use the Texas race as its own event and also to get to know the No.11 crew in terms of how they work and how they gel. The Californian said that AJ Foyt Racing is an easy group to slot into having been working with the team since last May but he also joined the team in the season-opening Firestone Grand Prix presented by RP Funding on the streets of St Petersburg last month.

Hildebrand explained that he has been at the AJ Foyt Racing shop and has been in contact with team manager Scott Harner and Mike Oliver who is now Kyle Kirkwood’s race engineer having been J.R’s engineer at Foyt last season for the 105th running of the Indianapolis 500.

Hildebrand explained that he and Mike Oliver who is the technical director at AJ Foyt Racing have been in contact on a weekly basis. It’s an easy group to be in contact with and discuss things. We are as prepared as we can be and it will be a bit of a grind at times but we are ready for that. None of the oval tracks are easy. If you do end up rolling off the truck with a fast car you don’t have much time on track to get the car dialed in for example at Texas Motor Speedway where there is just the one-hour practice session ahead of qualifying.

I think for where we are at within the team everyone is ready for the grind and help the team to grow and in that regard, we will do everything we can working together to get the team up to the front where they should be. In terms of the setup from Texas to Indianapolis, J.R is not sure of how much it will translate. I feel that Indy is kind of its own thing and now Texas is sort of its own thing and how the car interacts with the set-up of the car.

I have never had any trouble getting with it at the Speedway. Hildebrand confirmed that ABC Supply will return to the team in a big way over the course of the month of May and the Indianapolis 500.