When Will Hinchcliffe’s Luck Change? 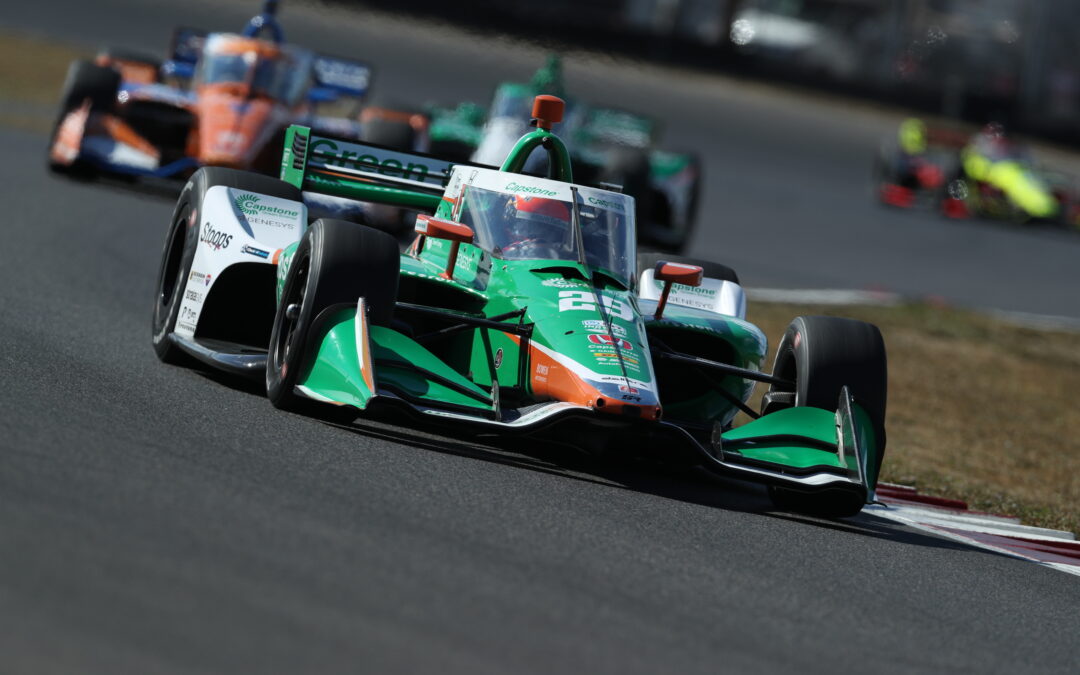 Andretti Autosport’s James Hinchcliffe in the No.29 Capstone Honda had another unlucky Sunday this time at the Portland Grand Prix as for the third race in a row he was forced to retire through no fault of his own.

The Mayor of HinchTown started the race from 13th but was hit by Romain Grosjean at the start of the race but despite the best efforts of his team was unable to continue and speaking following the action he said:

I didn’t see anything. I didn’t see it coming. I got into Turn 1 pretty clean, locked up a little bit and managed to avoid Bourdais, but then as I was tying to make the corner I absolutely got cleaned out from [Romain] Grosjean. The rate at which he hit, he wasn’t going to make the corner if there weren’t any cars there so not sure what he was thinking. I’m sure he is just as bummed. It sucks to be out in the first corner like that. I just can’t believe this happened for the third year in a row here at Portland and I haven’t made it past the first two corners. It’s devastating. The Captstone car was actually pretty well-suited for these conditions. I think we were actually going to be in a strong place and had some good strategy options with the distance of the race. It’s the story of our year. I don’t know what we have to do.”

Alexander Rossi in the No.27 NAPA Auto Parts Honda came home where he started in second place despite being sent to the back of the pack following a Turn 1 incident on the opening lap.

It was a big fight, for sure. [Palou] did a good job, he didn’t make any mistakes. The [Firestone Alternate] red tires have a peak that’s a little bit better, but they certainly have a bit more fall off, which is what they’re supposed to do. That’s the beauty of INDYCAR racing with the different strategies. I’m glad it ended up sorting itself out after the start, or we all would have looked pretty silly. It’s good to have some luck on our side. Ultimately this is the best result for the NAPA Andretti Honda – it’s just a bummer to come up a bit short of a win.

Colton Herta started the race in sixth and came home in eighth place and speaking following the action he said:

It was a pretty on and off day. Our pace wasn’t too great, but we kind of scrapped our way back up to eighth after a call from Race Control put us at the back. Pretty disappointing day. I think we were better than eighth. We definitely didn’t have the speed to win, but could have had a top five if things had gone our way. We’ll move on to the last two races and focus on ending our year off strong.”

Ryan Hunter-Reay in the No.28 DHL Honda came home in 15th and speaking following the action he said:

We had an excellent start and moved up to 14th. We had a really good start, had really good pace in the DHL Honda – passing cars out there. Then a yellow at the wrong time put us all the way back to P21 again. It was just one of those deals. We had the pace today. Things were going our way until they weren’t. Good to see Alex [Rossi] finish P2 for the team.”