Williams Aiming For Another Solid Weekend In Mexico 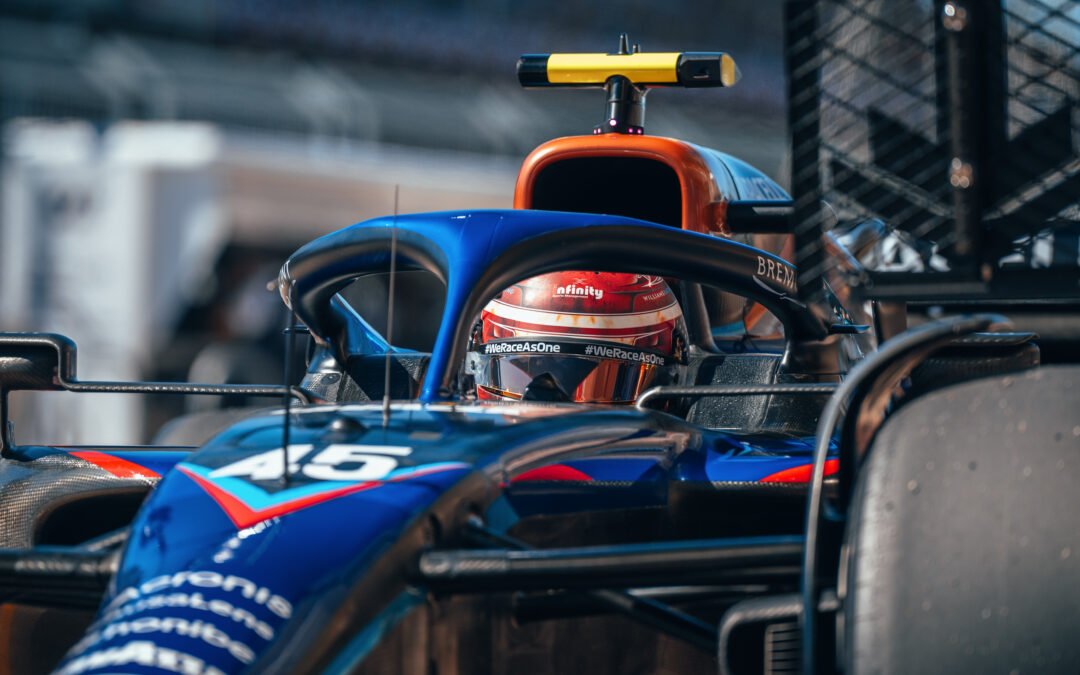 Williams Racing head into this weekend’s Mexican Grand Prix in Mexico City aiming to build on a solid event last time out at the Circuit of the Americas in Austin, Texas. Alex Albon came home in 12th place in the United States just outside the points and looking ahead to the event this weekend he commented saying:

We’ve come off a pretty good weekend in Austin, so hopefully we can bring some of this into Mexico. On paper, the track should suit our car, however it’s quite a unique circuit being high altitude with the downforce level quite high but the actual downforce on track is very low, so the car does slide around a lot. I’m excited to go back after a few years so let’s see what we can do over the weekend.

Nicholas Latifi ended the United States Grand Prix in 17th place out of seventeen cars and speaking ahead of this weekend’s race the Canadian commented saying:

Mexico is always a unique event due to the altitude that we race at. The altitude creates a completely different feeling to the car unlike any other track we experience on the calendar. It’s quite the challenge with the air being so much thinner as it changes how the car handles with a lot less grip and the race is more physically demanding. The atmosphere last year was incredible especially through the stadium section of the track so I can’t wait to experience that again. I’m looking forward to getting out there and hopefully having a strong weekend.

Logan Sergeant who was announced as a Williams Racing driver for the 2023 Formula One season as long as he can get his FIA-mandated Super Licence that will allow him to compete in F1 will once again be in Free Practice One in Mexico on Friday commented saying:

I’m excited to be getting back in the car for FP1 in Mexico and building on the progress I made in Austin. My first session gave me a chance to reference the driveability of the car, the way it handles and how it feels on the brakes. All these learnings will help me to visualise everything and make the necessary changes before I go into my second FP1 session. Being able to have the experience of driving an F1 car at high altitude will be beneficial to my development. I’m looking forward to working with Alex’s side of the garage this weekend and providing the team with feedback to help their race preparations.

The Grand Prix in Austin was a productive and enjoyable weekend and although it was frustrating not to score some points, we were pleased that we were able to get ourselves into a good position on Sunday, especially given that both drivers flat-spotted their tyres early in the first stints.

The format of the weekend in Mexico is very similar to last weekend with Logan driving again in FP1 – this time in Alex’s car – and the race drivers completing tyre testing for Pirelli during FP2. The car setup will be similar to last weekend, but we will need to pay attention to the effect of the altitude on brake and PU cooling.

With only three events remaining this season, the FW44 upgrade cycle is mostly complete and our focus is on maximising the package that we have and checking some of the big setup decisions that we made earlier in the season. This will give us some useful information on how the FW44 has evolved aerodynamically and will provide some useful correlation data for setup concepts that we may choose to carry forwards to FW45.

Having done a very good job in Austin, Logan gets another chance to experience an FP1 session. This will give him valuable experience of an F1 car at altitude, specifically the low drag and downforce as well as the additional care needed with the brakes and PU. He will again play a pivotal role in completing the engineering work during FP1 and he will also get the opportunity to work with the engineer and mechanic team on Alex’s side of the garage. We look forward to working with him again and using his input to help us tackle the demanding job of racing at the Autodromo Hermanos Rodriguez.