XE Explains: Deforestation in the Amazon 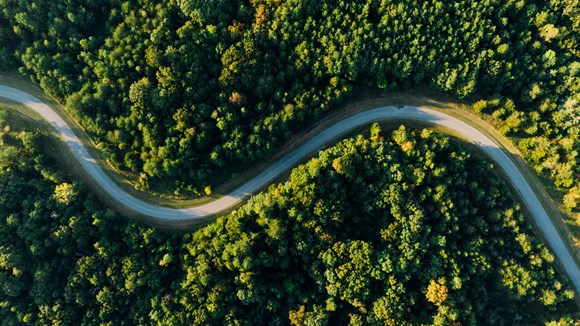 Deforestation, a threat to our climate, planet and biodiversity …why is this so vital… how exactly does this affect them? Breaking new records, we look at the Amazon Rainforest in more detail as a case study to find out why and how deforestation is so high. What does this mean for our current climate?

Extreme E: What is deforestation?

Francisco Oliveira: Deforestation, one of the most threatening issues to the planet, is the reduction, removal and conversion of forest land to non-forest use, greatly altering landscapes. Rainforests cover nine million square kilometres of the world (about 6% of earth land surface) but, due to deforestation, this is decreasing every year.

Most deforestation occurs in tropical rainforests. The Amazon Rainforest, one of the largest in the world – covering 6.3 million kilometres squared, spanning 4% of the earth’s surface and home to 390 billion trees, it’s the single most affected worldwide.

XE: Interesting, could you tell us a little bit more about the Amazon Rainforest?

FO: The Amazon Rainforest spans over North-West Brazil, Columbia, Peru and other South American countries. Average temperatures range from 25 to 28 degrees Celsius with a 77 to 88% humidity. Home to around 30 million inhabitants in 350 ethnic groups and speaking over 150 languages, they also currently house 10% of the world’s known species. The rainforest experiences a three-month dry season with precipitation levels averaging at 1,500 – 3,000mm per year.

Alongside hosting an expansive biodiversity, rainforests are critical carbon stores. The Amazon alone stores 100-120 billion tonnes of carbon, removing two billion tonnes of carbon annually, and produces oxygen as a bi-product. Unfortunately, rising deforestation has hindered the carbon capture ability of the Amazon. Further enhanced by climate change, the Eastern Amazon now emits more carbon than it can capture, causing detrimental alterations to climate through increased levels of atmospheric carbon.

XE: What causes the deforestation in the Amazon?

FO: Human activities are the driving cause of deforestation as forests are logged for timber and palm oil, cleared for agricultural practices like cattle ranching (66% of deforested areas) and annual crops plantations (mostly soy: 6% of deforested areas) or material extractions by mining companies, and large infrastructure projects. Fossil fuels (oil and gas extraction) and urbanisation (road and town construction) are all activities that have caused mass deforestation throughout global rainforests.

The Amazon also suffers from deforestation resulting from industrial projects like dams and the global increase in meat consumption. Rise in cattle ranches is directly linked to produce demand. 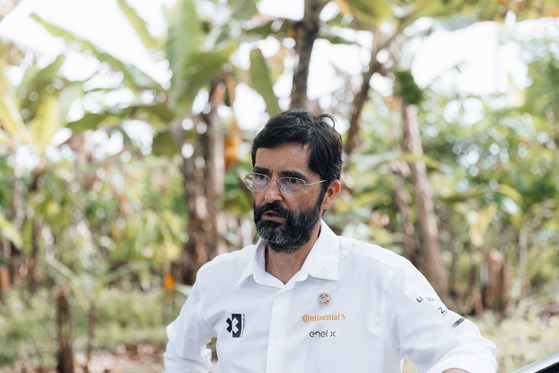 XE: How do you measure deforestation?

FO: Using satellite images to monitor deforestation, such as LANDSAT (US), CBERS (Brazil-China), more recently SENTINEL (ESA-EU), and other high spatial resolution images like PLANET and RAPID-EYE. Images allow annual loss of forests to be calculated (important information for public policies to combat deforestation), and provide daily information where deforestation is occurring, allowing immediate action to halt degradation and forest loss. In Brazil, this daily detection system, DETER, was instrumental in 80% reduction achieved between 2004-2016.

XE: What does deforestation mean for the current climate?

FO: Deforestation has a global impact due to carbon release. During photosynthesis, trees absorb CO2 and release oxygen as a bi-product. As CO2 is locked and stored within the tree, when chopped down, it’s released back into the atmosphere, removing the carbon store. If on a mass scale, carbon stores are reduced and atmospheric carbon levels grow. These increased greenhouse gas levels effectively accelerate global warming.

As the rainforest harbours a high diversity of animal and plant species, deforestation puts their ecosystems in danger through habitat disruption and fragmentation. Changes in temperature, humidity and water level can lead to inhospitable conditions, loss of food source and ultimately, unsuitable shelter and habitat for these species. All factors can potentially drive them into extinction.

Equally, deforestation affects the lives of locals, especially if forests were used for hunting and gathering food in their bid for survival. It could also mean a loss of culture for indigenous people and local communities, and a displacement of the residents.

XE: How is Extreme E contributing to helping the issue?

FO: Extreme E set up an Amazon legacy project in Brazil in 2020 in partnership The Nature Conservancy (TNC) Brazil and their partners. The project focuses on agroforestry systems which encompasses forest restoration, environmental law compliance and income generation. We need to scale up similar initiatives to face the urgency of the climate crisis.

XE: What is currently being actioned to limit deforestation?

FO: Deforestation must be tackled through three main pillars and balancing between them is critical for success. The national Government’s high-level commitment in leading different ministries and sectors to work together and take action is critical to curb deforestation.

1) Command and Control
Actions usually have an immediate effect, stopping the illegal activities, through combining a good daily detection system synchronised with inspection teams in the field. This successfully helped Brazil reduce deforestation by 80% between 2004-2016, but unfortunately, it’s currently neglected.

2) Land-use planning
Actions like ensuring land title for the true owners of the land, creation of Conservation Units and regularisation of indigenous territories have proven to be important actions for reducing deforestation alongside the above. But recently, little progress has been made and in some cases, even regressed.

3) Fostering sustainable activities
It is fundamental to replace the vicious cycle of illegalities by a cycle of activities balancing between use of timber and non-timber forest products, forest maintenance and recovery of degraded areas. Transformed by using agroforestry systems, farmers can enjoy at least 6-7 times greater income, compared to traditional use like cattle or soy.

Combating deforestation, forest degradation, fostering sustainable activities and a low carbon economy is a complex puzzle that requires complex solutions. Fortunately, we are on the right path but a slower pace than our planet’s urgent climate needs.

XE: What can we do at home to help?

FO: We have an enormous power of transformation and action in our hands, whether through simple changes of habits or exerting pressure on supermarket chains. Sometimes we feel incapable in the face of these global problems, but there are small things we can do: