A Sore Day For Us Here At Portland 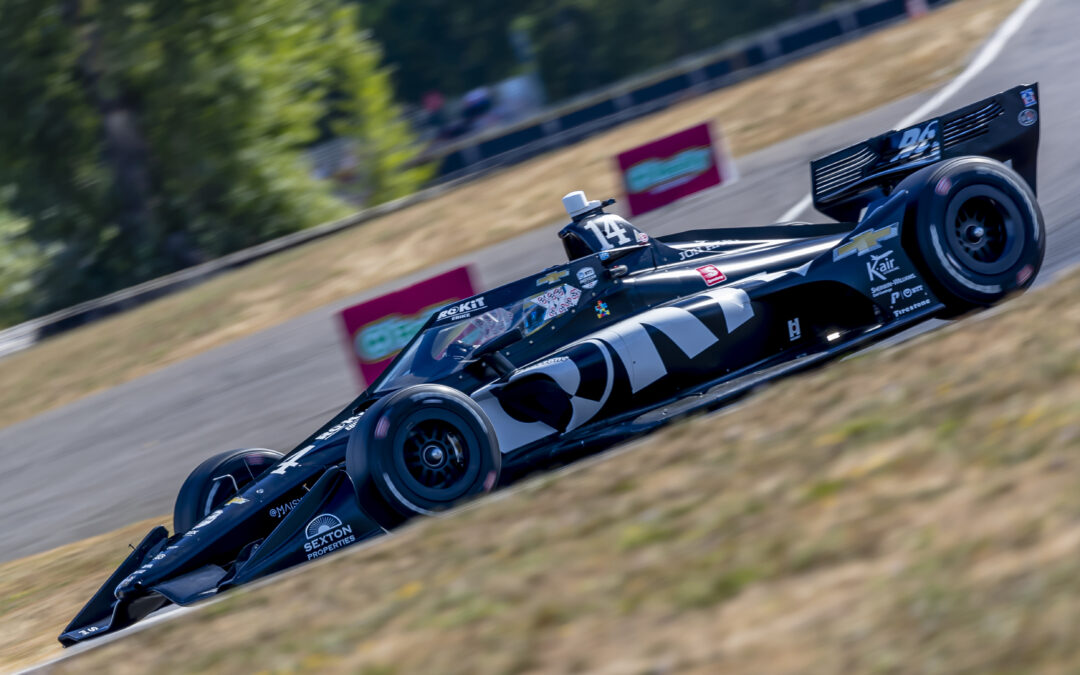 AJ Foyt Racing’s Sebastien Bourdais in the No.14 ROKiT Chevrolet started Sunday’s Grand Prix of Portland from 12th place and made his way up to fifth place by the first stop and dropped down to 19th place, unfortunately for the Frenchman he made contact with Rahal Letterman Lanigan Racing’s Oliver Askew which resulted in Askew retiring from the race.

Bourdais who finished the race in 18th place and speaking following the action he commented saying:

Obviously a bit of a sore day here for us at Portland International Raceway. “Man, it looked like it was going to be a great day and after avoiding the chaos at the start and getting the lucky break with the reordering and getting fifth out of that, it seemed like we were going to do really good. Unfortunately, we were on the three-stopper with Pato and Ericsson and those guys and the yellows fell at exactly the wrong time for the three-stoppers like us and at the perfect time for the guys that suffered at the beginning of the race on the two-stopper and we could never recover from that. On top of that, we got tangled with Oliver Askew – more of my fault than his fault – and we were fighting with Veekay, and he ended up just not quite giving me enough room to be able to make the lap. I was on the curb and just tapped the brakes when I saw him turn and just caught his left rear tire trying to get out of it. Just a shame we’re not getting much out of this weekend when we clearly had some pace, had a pretty decent qualifying and just a shame that we couldn’t transform the essay [a French rugby term meaning “convert the try” or score the goal] and we couldn’t get some good points again.

Dalton Kellett in the No.4 K-Line Insulator Chevrolet started the race from 24th place and was forced to retire from the race with a mechanical issue and speaking following the action the Canadian commented saying:

I’m so gutted for the No. 4 K-Line Insulators USA Chevy team. “We were having a great race going and got a little lucky off the start with that melee and the way that the order was reshuffled. Gained some good positions and was able to hold on and be competitive. The pace felt strong compared to where we were in qualifying, so really happy with that. It’s just a shame how this race ended early for us. Looks like we had an electrical issue. We haven’t diagnosed that yet, still waiting for the car to come back. We’ll figure out what it was and make sure it doesn’t happen again. This has been a tough weekend with it kind of being up and down for qualifying, things like that. The race performance, was happy with that. That’s a positive we have to take out of this weekend and just diagnose the mechanical issue and go from there.