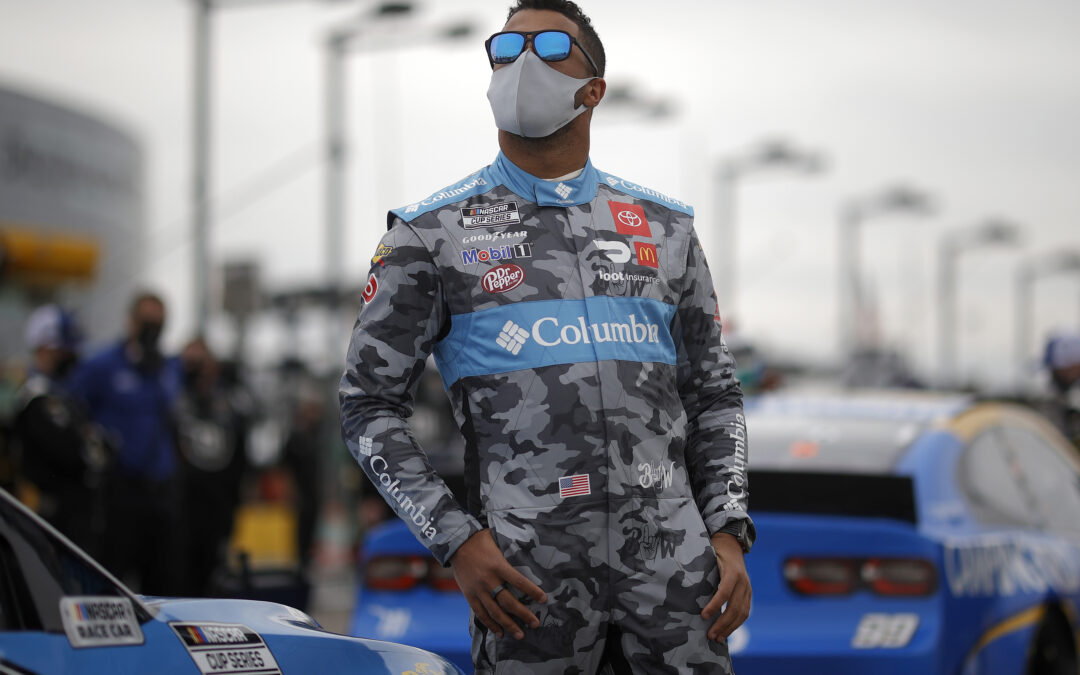 23XI Racing announced on Wednesday that they have extended their partnership with Columbia Sportswear on a multi-year contract which will see the company continue their sponsorship of Bubba Wallace.

Columbia will continue to sponsor the No.23 Toyota Camry TRD driven by Wallace who scored 23XI Racing’s first pole position earlier this year in August at Michigan International Speedway while also scoring victory in Kansas.

“Bubba has been a stellar partner for Columbia and our relationship with NASCAR has been instrumental in extending the Columbia brand within their growing fanbase, many of whom are outdoor enthusiasts. “As a company that is always driving new innovation in the outdoors to keep people comfortable and protected, we often have the opportunity to apply our new technologies to other industries. As we expand on this partnership in the future, we’re looking forward to working closely with Bubba and his crew to help them achieve even greater success.”

Wallace who led a total of 150 laps throughout the season said:

Working with Columbia has been a fantastic match as they share a lot of the same values that I have and that the team supports. “It’s also been a fun relationship that’s allowed me to spend more time exploring the outdoors and following my passions. I’m honored to have them continue this journey with me and 23XI and look forward to more exciting things to come in 2023.”

23XI has enjoyed a great partnership with Columbia and we are excited to announce their continued support of Bubba and the No. 23 team. “As a founding partner with 23XI Racing, Columbia has believed in our team and mission from day one, and the support of such a well-known and well-respected brand has been integral to our success. We’re looking forward to many more seasons with Columbia as part of the 23XI family of partners.”