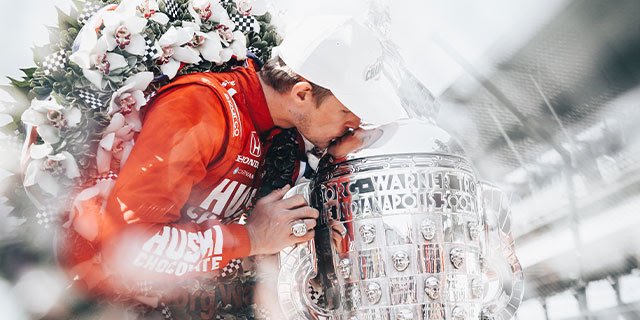 Chip Ganassi Racing’s Marcus Ericsson in the No.8 Huski Chocolate Honda took home a cheque for $3.1 million for taking victory in Sunday’s 106th running of the Indianapolis 500 presented by Gainbridge on Sunday and in doing so he took home the biggest prize from a total purse of $16,000,200.

It’s the largest purse ever in the century-plus history of “The Greatest Spectacle in Racing.” The Chip Ganassi Racing driver’s prize is also the largest winner’s payout ever for the world’s largest single-day sporting event.

“The Indianapolis 500 is the greatest race in the world, and these drivers lay it all on the line for a chance to drink the winner’s milk and kiss the famous Yard of Bricks. “This year’s record-setting purse is reflective of their tireless pursuit of history and the world-class talent they display on every lap.”